Presidential press secretary Ethan Brooks chooses conscience over politics and refuses to endorse the Administration’s false explanation of a shocking comment made by the president’s brother, the current chief of staff–overheard and then published by a D.C. blogger. 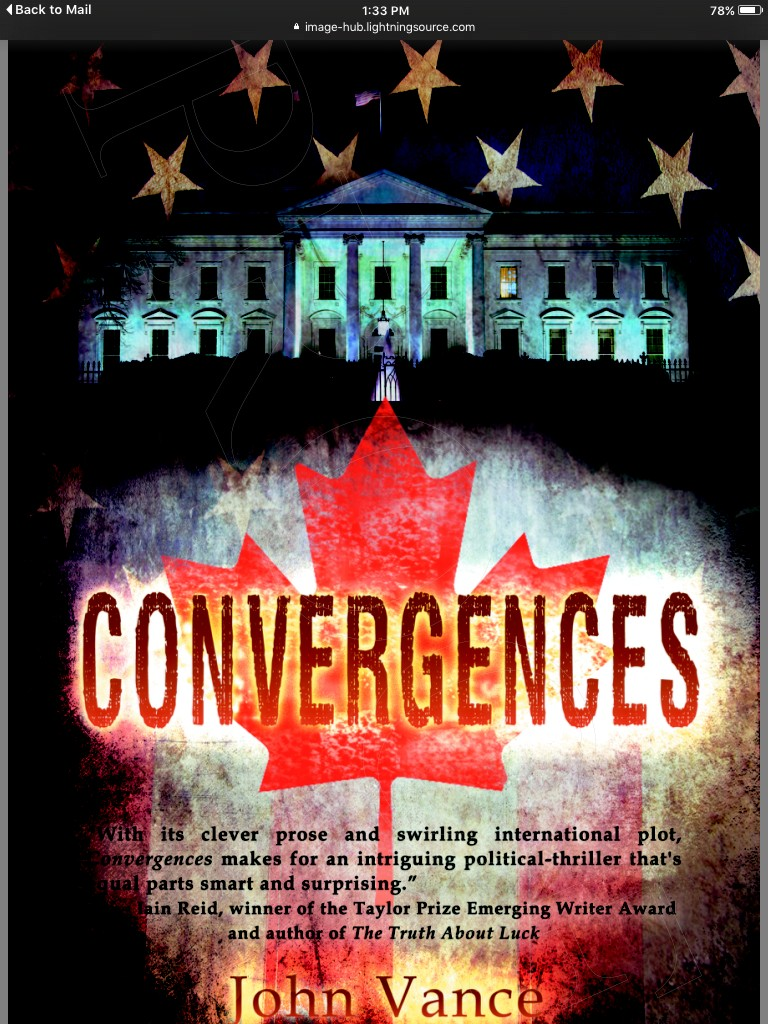 Dismissed by the president, Brooks makes his way to Kingston, Ontario to escape the press and enters into a relationship with a Canadian woman who has fled from a former lover, fearing for her safety.

Can Brooks protect her and avoid physical harm? Will he face further ramifications for his perceived betrayal of the president?

Convergences touches on the depth and perplexity of duty, love, and conscience. Here the choices are more than difficult; they bring with them serious and potentially devastating consequences.