The Bottom Line: A well-crafted mafia thriller set in the modern age. 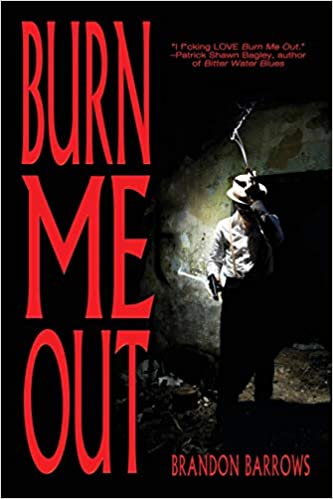 As far as his wife and the government knows, 46-year-old Al Vacarro works for Castella Shipping & Transport. But Al and his boss, Eddie Castella, are in fact mobsters.

But the business is changing, and Al wants out. The question facing him is one as old as time: will the mob ever let him out of the life he has created?

Author Brandon Barrows could have easily set Burn Me Out in just about any decade dating back to the late 1800s, when Italian immigration to America began in earnest and organized crime began popping up all over the east coast. Al may be a Gen-Xer, but he makes Tony Soprano look like a renaissance man. Al drives an old Crown Vic, eats in Italian restaurants, drinks regular coffee and still thinks of Irishmen as “micks.” His primary sources of income are also time-honored: girls, gambling and loan rackets. And seven decades after the mafia started selling drugs, Eddie is thinking about starting. About the only new thing about Al and Eddie is that they send text messages rather than wait for the phone to ring.

In terms of setting and story, Burn Me Out will be familiar to anyone who has read Mario Puzo’s 1969 classic The Godfather. While the book offers few surprises, Barrows’ writing is as good as anyone in the genre, and the language crackles with vivid brutality on nearly every page. For anyone who loves mafia thrillers, Burn Me Out is top-shelf comfort food.