The Bottom Line: A pulse-pounding paranormal thriller with a timeless feel and a huge heart. Honored in the Best Thriller Book Awards as the Best Paranormal Thriller of 2021. 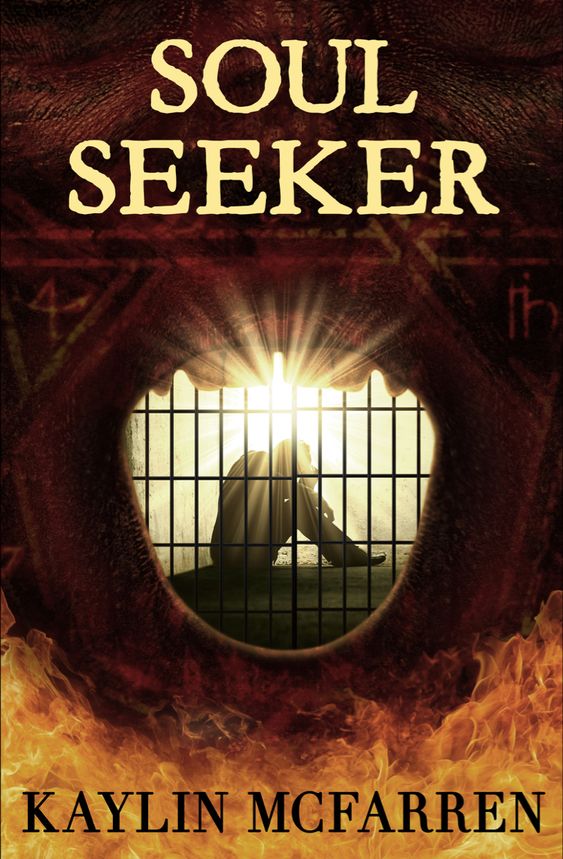 Soul Seeker begins like a fable as Benjamin Poe, the “most hated and feared man to ever live,” asking his attorney to listen to his story. Until his arrest for the murder of his son Gabriel, Poe was a family man and captain of a small town fire fighting unit. He admits to pulling the trigger, but maintains his innocence.

Poe’s life turns upside down when he is called to a fire at a restaurant where his son happens to be a disgruntled worker. The blaze ultimately claims the lives of three people. When Poe learns that his son was the one to report the fire, he begins to suspect that his own flesh and blood may be an arsonist.

Shortly afterwards, the police arrest a man whom they assume is a drug-addicted vagrant at the scene of the crime. The man, who has glowing green eyes, goes by the name Crighton and occasionally mutters in Latin, demands to see Poe. He explains that he has come to town “to collect an overdue debt and the wicked soul that goes with it.”

Author Kaylin McFarren, who also wrote the terrific aviation thriller High Flying, has created a compelling “everyman” in Benjamin Poe whose family seems unjustly tempted by the forces of good and evil. His love for his son Gabriel has already been tested once, when, as a five-year-old, he stood by watching as an older boy tortured and murdered his two-year-old sister. Having held onto his marriage and fatherhood in the years since, Poe is naturally terrified at the prospect of losing his son for good. The introduction of Crighton is used as the living embodiment of judgment on Earth. To McFarren’s credit, Crighton is neither an agent of heaven nor hell per se, but instead an entirely original combination of grim reaper, gargoyle and dark angel. Riding along as Poe attempts to reconcile his limited understanding of the universe with what Crighton reveals is both suspenseful and entertaining.

Readers are in for a bevy of surprises as McFarren deftly takes the story from small town America to unexpected places while developing themes about loyalty, love, good and evil. Highly recommended.