The bottom line: The third in Rowling’s Cormoran Strike series is an intriguing and invigorating crime novel with defined and gruesome characters: the perfect balanced read for connoisseurs of modern detective fiction who aren’t afraid of a little brutality in their search for an imaginative read.

Arguably the most gruesome Galbraith novel (and for the uninitiated, Robert Galbraith is J.K. Rowling’s pen name), Career of Evil sees Rowling’s world-weary former solider is sent a severed leg, leading him and his increasingly impulsive assistant Robin on a nationwide hunt for the madman responsible. Narrowed down to a select group of especially distasteful grudge bearers, the list of suspects includes Strike’s stepfather, a repulsive paedophile and a former solider with psychopathic tendencies and a hatred of women. 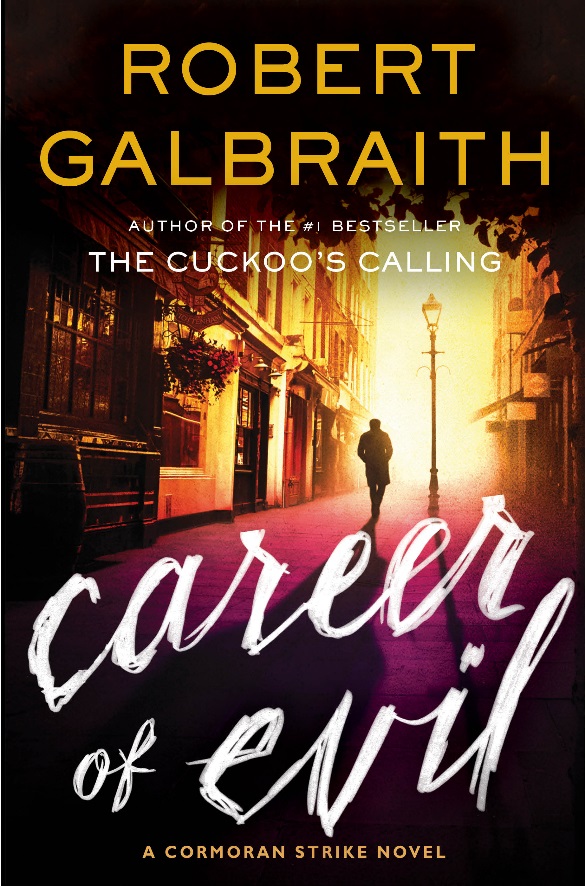 Whilst her previous effort, The Silkworm, drew on Chandler’s The Long Goodbye and other quintessentially pulp thrillers, Career of Evil is an enjoyable crime caper with hints of traditional based modern detective fiction such the work of P.D. James. This can particularly be seen in Strike and Robin’s to Barrow-in Furness in pursuit of a suspect, which showcases the depth and complexity of the characters’ relationship as well as Rowling’s stunning depiction of setting. The intense and gloomy atmosphere during this passage, alongside the characters’ reliance on innovative detection techniques that surpass the limits of mere technology, such as impersonating a personal injury lawyer in order to gain information from a suspect’s sister, are reminiscent of the quality and intelligent plotting James was renowned for.

However the real skill here is not just in the plotting, which is well paced but not entirely unpredictable, but more in the superb characterization. Each of the book’s cast is subtly well defined, with each aspect of their role in the novel, from the setting they inhabit to the role they play in society, designed to provide a catalogue of background information. Their every creepy, strange or deranged misstep burned into the reader’s memory. Overall, the novel is an engaging read, and whilst limiting the suspect pool could arguably make the culprit more predictable, the narrative provides its own unique twists which ensure surprise and excitement.

Hannah Stevenson has a Masters in Literature and currently a copywriter contributing articles on business, investment and financial matters.