The Bottom Line: A small town conspiracy thriller that is anything but small. Joe Pulizzi’s debut novel delivers edge-of-your-seat intrigue with a huge heart. 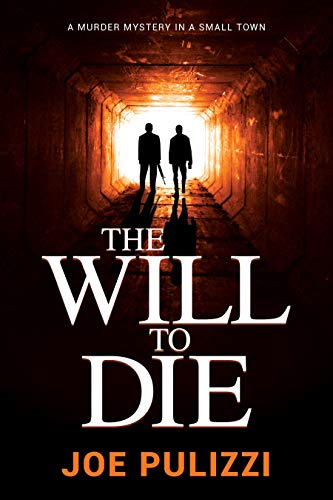 Desperate entrepreneur and gambling addict Will Pollitt is on the verge of winning a much-needed contract. Will is out of cash, deep in debt, and if he doesn’t pay his daughter’s college tuition, her academic career at Penn State will be over. At a critical point in the meeting, he receives a text message that rocks his world: “DAD DIED.”

Will immediately returns to Sandusky, Ohio, to view his father’s body in the funeral home he spent his life operating. Having grown up around the family business, Will immediately picks up on a key detail that doesn’t seem quite right. Further complicating matters, his ex-wife is set to do the embalming, and his frazzled sister doesn’t trust the coroner who performed the autopsy. Did their father really die of a heart attack, or was he murdered?

Author Joe Pulizzi has woven a sophisticated family drama into a tautly written conspiracy thriller where almost everyone has a possible motive. When Will’s attorney uncle shows the grief-stricken siblings a will that was purportedly updated just weeks before their father’s death, he finds himself on the wrong end of the inheritance. His sister gets a house on the bay that has recently been appraised for $400,000. Will is left with the burden of his father’s wish that he take over the flagging funeral home. But conveniently, a sale has already been prearranged with his father’s friend and employee, Jack.

As Will investigates his financial options and his father’s death, Jack discovers that business is booming at Pollitt Funeral Home’s cross-town rival. Pulizzi raises the book’s stakes as Will discovers a series of other deaths that may be related. While this is Pulizzi first fictional novel, the verteran storyteller is a master of pacing. Mounting evidence is continuously revealed in lockstep with Will’s emotional arc as he resigns himself to the fact that only he can discover the truth behind the town’s mysterious deaths.

The book’s emotional heft is reminiscent of HBO’s excellent family drama Six Feet Under, but it crackles with the urgency and intrigue of a top-shelf crime thriller. That’s largely due to the intricate vulnerability written into Will’s character. Even as Will is unable to manage his personal life, his transition to amateur sleuth is fully believable.