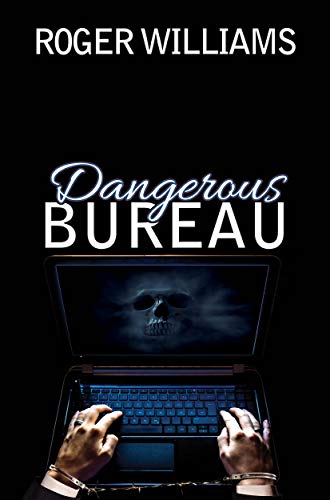 In a small California town, where ten children have been molested and murdered in the past year, five-year-old Cindy Helms is abducted at a mall after her teenage babysitter leaves her alone for a few minutes to slip away and have sex with her boyfriend. The little girl is soon found dead. She will not be the last.

Bob Ridley, a loner who was sexually abused as a kid, is soon taken into custody. Meanwhile, handsome but troubled gigolo Michael Linton, who happens to be a former colleague of Cindy Helms’ mother, swings by the Helms residence. He forces himself on Tara, offering “a few inches worth” of comfort. Little does Tara know that Michael is capable of far more heinous crimes.

Dangerous Bureau is filled with psychopaths who are part of the Intellect Bureau (IB), an organization of gifted criminals minds. The group’s founders are a pair of evil ex-CIA agents who dream of taking control of the world economy and society itself. The end goal is a modern-day feudal system run by a small group of elites, where the rest of society would be marooned in a class system enforced by the military.

Williams effectively builds tension as it becomes clear that it’ll be up to Tara and a rogue IB associate to solve her daughter’s murder case and destroy the IB. While Williams doesn’t exactly make a convincing case that murderers and pedophiles have the brainpower needed to rule the world, Dangerous Bureau is one of the most original psychological thrillers of the year. Recommended for fans of very dark serial killer fiction.

Darkness Drops Again, a Stunning Legal Thriller by Melissa E. Manning
The Cry of the Lake, an Unforgettable Crime Thriller by Charlie Tyler