The Bottom Line: A compelling origin story about an assassin who finds redemption through a life of violence. 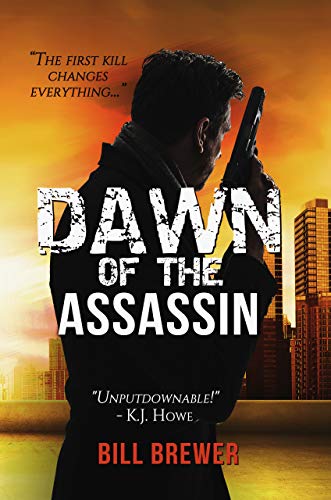 Assassins are made, not born. And yet despite countless novels dedicated to professional killers, true origin stories are rare. First-time novelist Bill Brewer delivers the goods in Dawn of the Assassin, a no-frills thriller about the making of a truly lethal asset.

Convenience store employee David Diegert might be the unluckiest person in Minnesota. Born into dysfunction, his brother is a drug dealer, and his mother, who is half-Native American, is hopelessly bullied by her sadistic husband. Accordingly, David, who has suffered the racist nickname “Tonto” throughout his small town upbringing, has developed serious anger management issues that will both plague him and fuel him for the rest of his life.

After a run-in with the local sheriff and a nearly fatal encounter with his own father, the young, unpolished hothead joins the U.S. Army. During his first deployment to Afghanistan, his anger issues get the best of him once again, as he assaults a superior officer. David’s turning point comes after a dishonorable discharge, when he wanders into a bar called The Dark Horse in Austin, Texas. There, he takes a job as a doorman, never suspecting that it will be a portal into a new life as a globetrotting killer that will take him to places he never dreamed of.

Brewer’s prose is extremely spare, reading more like a screenplay than a novel. Readers looking for lush descriptions of the book’s exotic locales should look elsewhere. Nevertheless, when it comes to David, Brewer’s stripped-down characterization feels gritty, authentic and most importantly, earned. Brewer has created a series-worthy anti-hero who ends this installment on a high note. Let’s hope Brewer has more in store for his intrepid assassin.

The Ninth House, One of the Year’s Best Thrillers
The Lost Pulse, an Addictive Military Thriller by J.K. Kelly