The Bottom Line: A must-read political thriller with a bad-ass heroine at the helm. 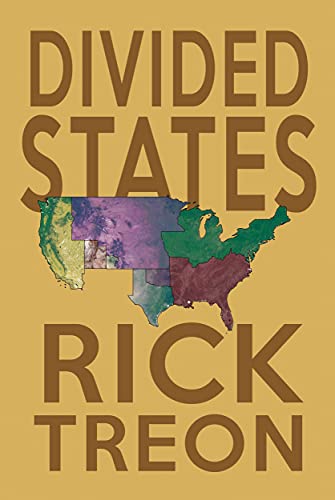 It’s New Year’s Eve in post-secession America, and former detective Lori Young is in New Orleans’ French Quarter. But instead of enjoying confetti and fireworks, she takes a bullet from an unknown assailant. Spotting the shooter in the crowd, Lori summons all her strength amid the pandemonium to help take him down. But that’s just the beginning of a wild ride for Lori, who is kidnapped after leaving the hospital and soon learns that the New Orleans mass shooting was just the tip of the iceberg.

Now her kidnappers, a group of former CIA officers, want Lori to coerce her ex-husband and his former military operatives to hijack a nuclear weapon to destroy valuable resources and upend global markets. But there’s one thing they haven’t counted on:  there is a traitor in their midst who wants to sabotage their plans to avoid nuclear strikes.

But he’ll need Lori if there’s any hope at thwarting an attack. Will Lori be able to silence the noise of her troubled past and put an end to this madness before more destruction?

Treon has an unnerving knack for capturing the current climate of fear and unrest in the U.S. and translating it to a post-secessionist world where The South, the republics of Texas and Oklahoma, and the remaining states are no longer one nation indivisible. To his credit, Treon’s alt-America is disturbingly recognizable. With every carefully crafted description, his vision becomes increasingly believable.

But make no mistake: This is not a dystopian tale. Rather, Treon has crafted a highly original political thriller with a bad-ass heroine and enough thought-provoking scenarios to make readers want to pack up their families and hideout in a remote cabin. Just remember to bring this book along with you!