The Bottom Line: A highly visceral and engaging whodunnit set in the 1600s. 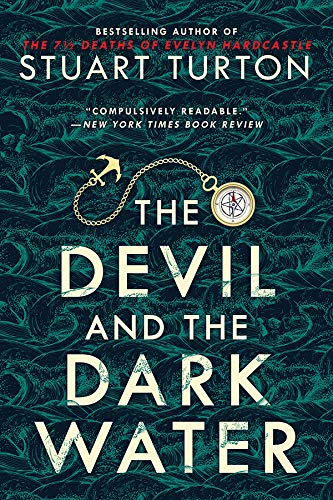 Samuel Pipps, the world’s greatest detective, is being transported to Amsterdam to be executed. Traveling with him is his loyal bodyguard, Arent Hayes, who is determined to prove his friend innocent. En route to boarding the ship, Pipps is pelted with stones by a jeering crowd. The chaos is interrupted by the sudden appearance of a man who makes a foreboding announcement about the voyage. Then, the man bursts into flames.

Upon further inspection, the announcer is found to be a leper without a tongue. Pipps, a prisoner, is prevented from conducting a more thorough investigation, and the ship sails soon afterwards.

Once out to sea, a strange symbol appears on the sail. A dead leper stalks the decks. Livestock dies in the night.

And then the passengers hear a terrible voice, whispering to them in the darkness, promising three unholy miracles, followed by a slaughter. First an impossible pursuit. Second an impossible theft. And third an impossible murder.

Could a demon be responsible for their misfortunes?

With Pipps imprisoned, only Arent and Sara, a noblewoman, can solve a mystery that stretches back into their past and now threatens to sink the ship, killing everybody on board.

It’s easy to see why the book was longlisted for a New Blood Dagger and Gold Dagger at the Crime Writers’ Association Book Awards. The novel blends detective fiction and elements of the supernatural to create a wholly unforgettable story. What’s more, Turton’s 1634 is masterfully drawn. The sights, sounds and technologies of the middle ages are believably recreated in a world that is at once wondrous and frightening. In the audiobook version, James Cameron Stewart’s narration exudes authority and suspense in all the right places.