The Bottom Line: A five-star financial thriller, and one of the year’s best overall. The Crazy Amy series is a must-read. 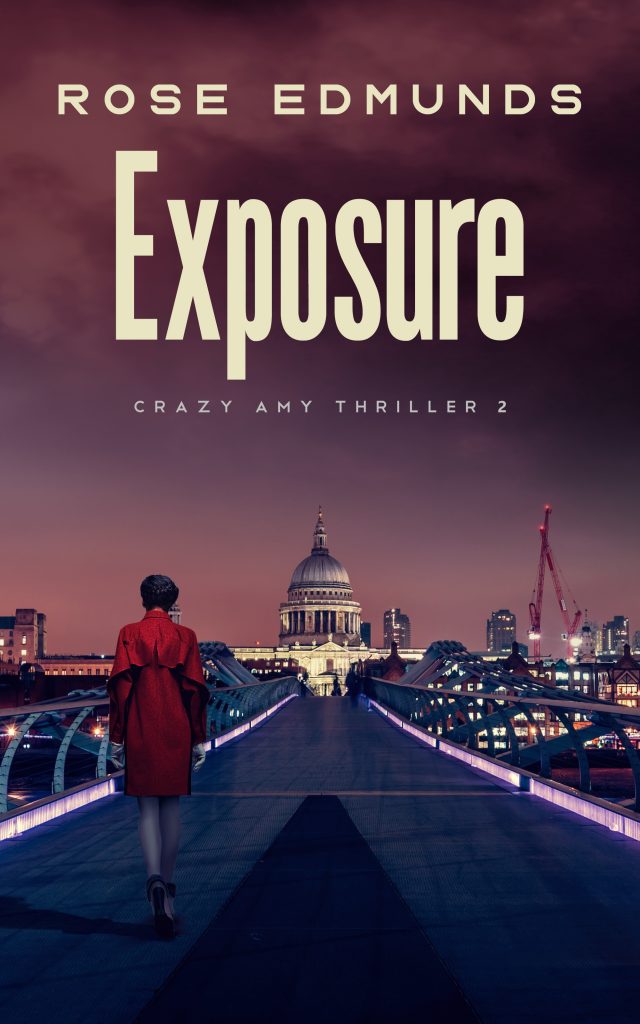 The second entry in Rose Edmunds’ Crazy Amy series has the former finance executive rising from the ashes of her wasted life. The novel opens at London’s St. Paul’s Cathedral, where Amy has found a high perch from which to release twenty thousand in cash, which floats down to a crowd of anti-capitalist protesters down on the street. Despite her contempt for the “dumb little peasants” below, the act is an important alcohol-fueled symbol of her break with the past.

After this manic episode, Amy enters rehab. Her stay is interrupted when the suspicious death of a former colleague, John Venner, hits the news. Amy is watching the report live as her own name is linked to the investigation, followed by these words: “To add to the mystery, Amy Robinson has disappeared.”

When Amy leaves rehab to attend the funeral, she quickly finds herself immersed in the quest for answers that could not only solve Venner’s murder, but eventually, save her own life.

After Edmunds’ breathless series debut, Concealment, we find an author writing at the top of her game. The loathing and vitriol that makes Amy so unique among contemporary sleuths is still here, but it’s all the more biting and delicious now that Amy is “done with capitalism.” At times, her struggle to leave her past behind is absolutely heartbreaking, but dark levity reigns as her investigation takes her from one “charmless moron” to another. Her journey finds herself decoding a complex web of deceit, but credit Edmunds for keeping us in Amy’s head – and even in her notes – as she deftly works her process.

Above all, readers will relish the fact that Crazy Amy will do anything – anything! – to solve the murder, and that is what makes Exposure a true page-turner.

No Need to Know, a Top-Rate Military Thriller by Mark A. Hewitt
The Girl With The Black Mark, an Irresistible Terrorism Thriller by Shawn Raymond Poalillo