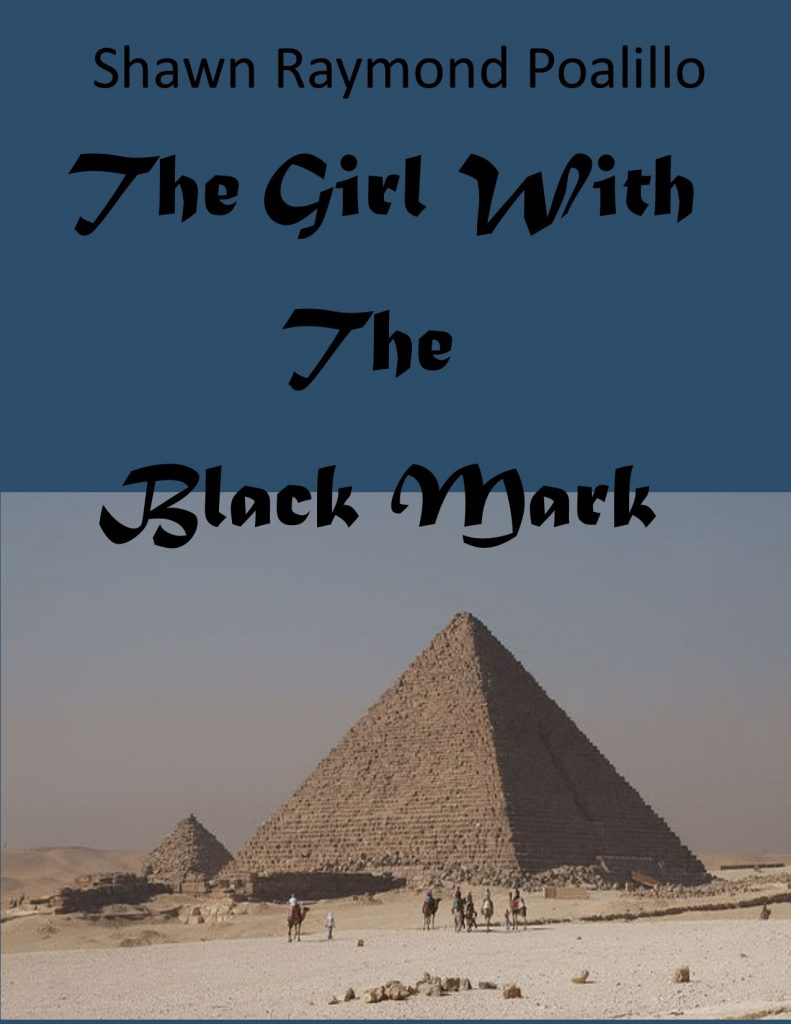 With his third novel, Shawn Raymond Poalillo once again showcases his uncanny ability to cross genres with spectacular results. His first novel, Rerun, is a brilliant terrorism thriller, while his second, A Selfless Man, walked the line between family drama and suspense. Meanwhile, The Girl With the Black Mark is a seemingly timeliness thriller set between Egypt and New Jersey.

The common thread between Poalilo’s first and third book is scrappy Department of Homeland Security Special Agent Michael Poe. Here, the 25-year-old Poe and his partner, Bobby Griffin, come to the assistance of Shadya Hazem, a knockout professor of archeology.

The book opens with a bang, with Poe riding a “rice rocket” (a Yamaha motorcycle) to save the drugged professor from kidnappers. But just why was she kidnapped? To Poe’s astonishment, Egyptian diplomats refuse to reveal what they know. What’s more, they ask for access to federal databases and a surveillance team. Poe agrees to the strange request – so long as Poe accompanies Hazem at all times.

He soon learns of a threat that involving an ancient legend foreboding enough to threaten not only Egypt, but the entire planet. It’s a conceit that might seem far-fetched were it not for Poalillo’s 24 years of federal service. Thanks to his experience, the dialogue and interactions between Poe, Griffin and their Egyptian counterparts seem fully believable, even when discussing topics that would be right at home in an Indiana Jones movie. Later, when a clever twist takes the action to Cairo, the allure of the ancient desert and pyramids add a layer of magic and intrigue that is irresistible.