The Bottom Line: A riveting, fast-paced international conspiracy thriller that will leave readers clamoring for the sequel. 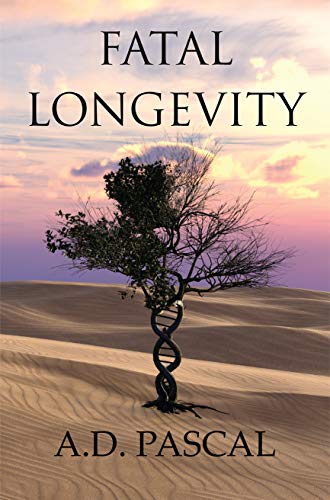 When a titan of industry dies under suspicious circumstances in Portofino, Italy, a forensic investigation discovers that he was poisoned by a jellyfish only found in Australia.

David, an analyst for a mysterious intelligence agency called White Cube, begins to discover that the mogul’s strange death may be connected to a wider conspiracy. Using a combination of instinct, grit and a supercomputer named Pico, he discovers additional suspicious deaths in far-flung locations that have something in common: they are affiliated with a London law firm. In a puzzling twist, two later cases are not connected to the law firm at all.

The analyst begins to suspect an extremely gifted assassin is at work – a “ghost” killer, so named for his ability to leave open the possibility that the victims died of natural causes.

Author A.D. Pascal has created a highbrow, globetrotting suspense thriller filled with intellectual criminals, innovators and crime-solvers. Among them is Goran, the president of a European foundation attempting to extend the human lifespan to 150 years. Amidst the primary conspiracy plot, the novel deals with elitism, including how the wealthy use resources for personal gain at a level that is unsustainable on a global scale.

As a protagonist, David’s motivations and observations are fascinating. But as a character, he’s also somewhat cryptic, receiving a relatively small share of the book’s narrative focus in comparison to conventional protagonists, while little is revealed about his employer, White Cube. Then again, the book’s alternating characters, locations and points of view are also precisely what keeps the plot moving toward its surprising conclusion. Fatal Longevity is a book that will leave readers waiting anxiously for the coming sequel.