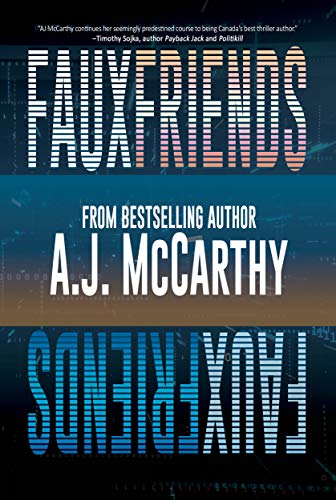 Homicide detective Chantal Pouliot wants action. After being held captive by a psychopath in a remote cabin months earlier, she’s endured months of therapy, and is itching to solve murders. Unfortunately, the psychologist treating her feels she’s not quite ready, and Chantal is instead assigned to a cyber-crime case.

Partnering with a cyber-crime task force, she begins digging into what appears to be a classic case of email fraud diverting revenue from a Canadian company meant for a Hong Kong supplier. Not long after meeting her team in her hometown of Quebec City, she discovers that someone has been in her apartment. Technicians soon discover a tiny camera installed in a painting above the sofa. They also find two microphones, one in a plant and another in her bedroom. It’s not long before she realizes that the case is potentially dangerous and even life threatening, involving bombings and even murder (“At last, things were looking up”).

But the case is headed into much darker territory. The team falls for a trap in which Chantal is lured out into the open, sprinting through the city’s green space. Two men assault her, and she soon finds herself once again, abducted, alone and terrified. Her life – and her sanity – are once again at stake.

Author A.J. McCarthy, author of Cold Betrayal, has delivered her most potent thriller yet. Chantal Pouliot may not be the world’s most brilliant detective, but her bravery and fearlessness make her immediately likable. McCarthy previews the inevitable in the early going, and each chapter builds up to what we know is coming – Chantal forced to confront her past and present in all its brutality and horror.

But the real star of the story is the case itself. McCarthy’s plot is ingenious, evolving what appears to be a white collar investigation into something far more sinister and intriguing, creating several mind-blowing surprises along the way. All the while, the setting – Quebec City and surrounding wilderness – comes alive in McCarthy’s capable hands.