The Bottom Line: Buckle up for a full-throttle thriller drawn with full-bodied characters. 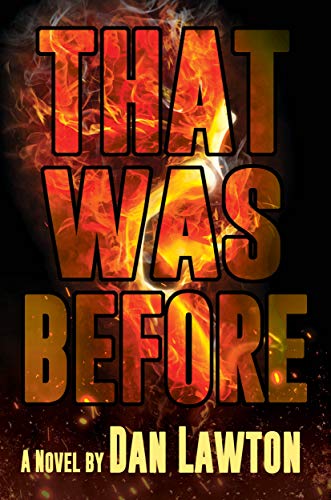 That Was Before begins quite literally with a bang as Randolph Spiers, who had just gotten up the nerve to ask out a grocery store cashier, narrowly escapes a bomb blast.

Spiers had just quit his job as a mechanical engineer, and is estranged from his wife. He’s facing midlife, empty-nest ennui with no clear path forward. When he learns that the woman from the grocery store in his Midwest town survived the blast, he throws all his chips on the table, tracks her down at the hospital and impulsively proposes a cross-country drive.

After a series of mysterious events, she eventually accepts. But it’s not long before Spiers begins to question the soundness of his devil-may-care decision when he learns that the captivating cashier in the car with him is running from her past as well. And when he learns the truth behind the blast, Spiers goes from questioning his life to running for it.

He no longer knows who to trust, but he’s going to have to decide fast before everything he holds dear blows up as well.

This is the sixth book from Lawton, an award-winning literary suspense, mystery, and thriller author who deftly navigates the fine line between creating full-bodied characters and high-intensity action. Readers will acutely feel the hollowness bordering on despair that Spiers feels within an empty marriage, and his awkwardness at forging a new relationship. This emotional resonance is vital to buying into the recklessness that Spiers exhibits when he seemingly throws everything away for an infatuation.

And it’s also precisely what makes That Was Before so compelling.