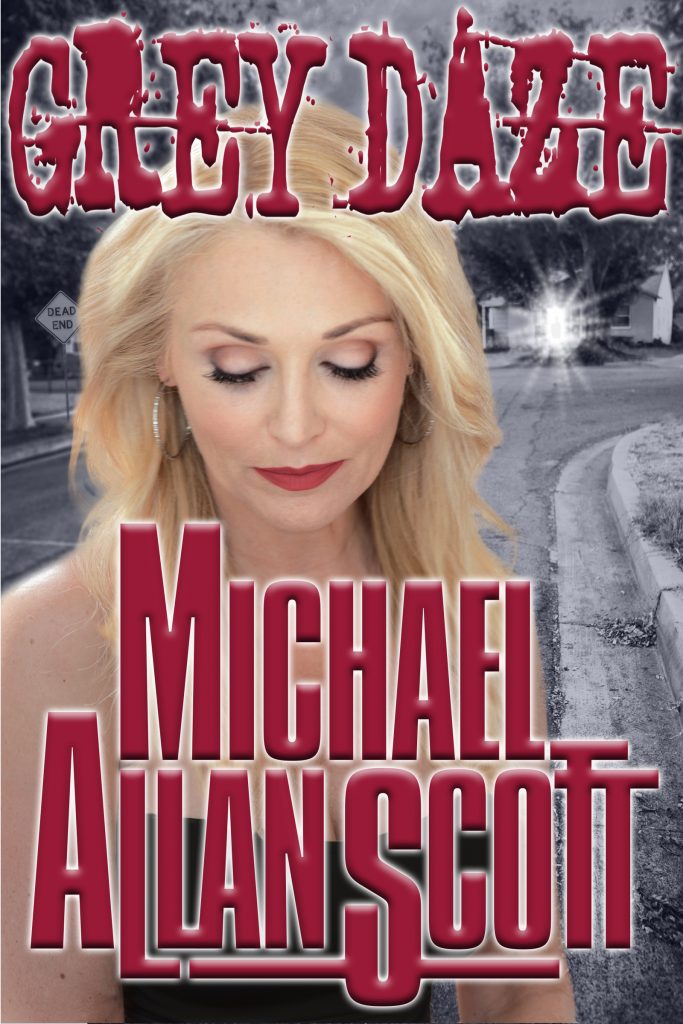 Psychic detective Lance Underphal has a long history of putting criminals behind bars in the great state of Arizona. But in Michael Allan Scott’s third series book, Grey Daze, his psychic abilities may be the very thing that puts him in the slammer.

Years after his wife’s tragic death in a car accident, authorities arrest him for manslaughter and reckless endangerment. It seems that Lance’s sister-in-law is ready to testify in court that Lance was drinking with his wife just before the accident, and knew that she was in an impaired state prior to her getting behind the wheel. But the shocker comes when the prosecuting attorney produces a photo of the exact cement truck that killed his wife — a photo Lance took years prior to the accident.

Is it proof that Lance knew the accident was going to happen and did nothing to stop it? As if Lance doesn’t have enough problems of his own, his friend Callie has asked for his help finding the person who killed her Uncle Harold. Though Harold was elderly and frail, he was killed by his sexual partner. While this narrative rides front-and-center, and the investigation into Uncle Harold’s death provides insight into Lance’s considerable skills, it feels secondary to Lance’s personal story. The threat to Lance’s personal freedom — along with all the psychic baggage that comes with it — is what makesGrey Daze a page-turner.

Scott’s considerable talent for creating emotionally rich on-page relationships on full display. The psychic frequency between Lance and his dead wife, Sonja, which straddles the murky line between memory, dreaming and actual spiritual connection, is a constant undercurrent that packs serious heft. In Lance, Scott has created a rare tough guy who is emotionally vulnerable. Lance’s experience has taught him that there are no such things as coincidences, and while he believes in his own innocence, a part of him can’t help but wonder if he could have done something to prevent the accident. That nagging doubt eats away at him throughout the novel, creating an uncommon sense of dread. Highly recommended.

Express Intent, a Mesmerizing Legal Thriller by Karen S. Gordon
The Ancestor, One of the Year’s Best Thrillers