The Bottom Line: A deliciously supernatural mystery and love story best paired with a glass of a sherry, a crackling fire and a keen eye for secret messages hidden throughout. 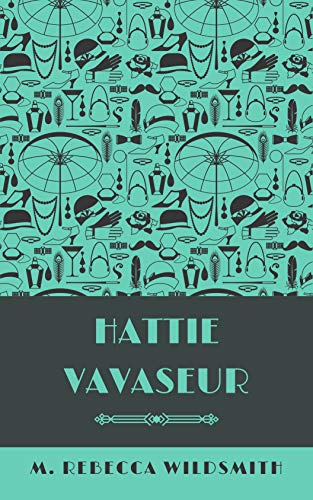 Readers may start the eponymously named Hattie Vavaseur thinking they’ve seen a character like Hattie before: a rather prim woman of a certain age in a post Great War-era being driven around by a chauffeur, traipsing through the halls of an imposing mansion and barking off demands haughtily. But hold onto your chapeau, because a few chapters in and you will find yourself delightfully mistaken.

As the novel starts, Hattie is at a funeral making wry internal commentary about the attendees and guessing which ones are truly dampening their handkerchiefs for the deceased, and which ones are operatically going through the motions with crocodile tears. Suddenly, a blinding headache overcomes her, and soon we find her disoriented and unsure where she is.

She continues to struggle with her memory and sense of place when her chauffeur arrives to ferry her to a destination she is trying desperately to recall. They arrive at a country manor and things seem to be vaguely familiar — the garden, the surly imposing man of the house, the library and her garish all-pink quarters. Yet everything still seems out of place and oddly out of reach for her recall. But Hattie’s deep sense of pride and decorum keep her from inquiring with anyone, lest she be perceived as weak or frail.

But just as you’re wondering how much longer she’ll keep it up, Hattie is ferried reluctantly to an appointment with a local — and very theatrical — occultist, and it’s here that the book suddenly takes a delicious turn for the unexpected.

In the early going, author M. Rebecca Wildsmith’s prose appears as formal and frosty as Hattie herself. Yet there is a richness in the descriptions of places and observations of people that hooks the reader. Before long, it becomes clear how integral and intentional that initial set up is. Wildsmith has smartly crafted Hattie as a clever observer, and it is not a far leap to draw comparisons between Agatha Christie’s beloved sleuthing spinster Miss Marple, and the cerebral thought processes of Sir Arthur Conan Doyle’s Sherlock Holmes and Christie’s delightfully snobbish sleuth Hercule Poirot.

Finally, eagle-eyed readers will want to be on the lookout for secret messages hidden throughout the novel.