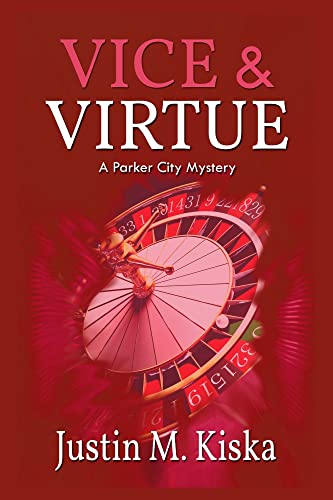 The trouble with skeletons is that they never stay buried for too long. And novelist Justin Kiska unearths them literally and figuratively in his sophomore novel and continuation of the Parker City Mystery series.

Detective Ben Winters and his partner Tommy Mason are back. When we first met them in Now & Then, Kiska’s first installment, the pair of childhood friends were very green fledgling detectives when they were thrust into the spotlight after solving the Spring Strangler case.

It’s three years later in this new novel. Winters, head of the department’s detective squad, and Mason are enjoying a more respected status, the department has a new chief and Parker City is starting to show signs of economic recovery. But business as usual takes a sharp turn in the small town when a skeleton is unearthed from an abandoned warehouse, and soon after the new head of the department’s drug task force is shot and killed, setting off a cop-killing spree. Winter’s and Mason’s detective skills will be tested to the limit when it’s discovered that the skeleton is linked to the officer shootings and the duo race to find a killer that threatens to upend the progress of Parker City.

Kiska’s prose of this police procedural goes down smoothly, and the pacing and action are engaging from the get-go. While the story takes place between a present-day 1980s and flashbacks to the late ‘50s, it’s an easy transition between the two eras with Kiska’s deliberate nods to each era without being overly campy.

In Kiska’s ‘80s, the cops are driving Crown Vics, answering machines are alive and well and Nancy Reagan’s “Just Say No Campaign” is laughably not working.

What is working? This series. We’re looking forward to the next installment.