The Bottom Line: One of the year’s best thrillers. Fans of Matthew FitzSimmons will love Thorson’s meticulous, deliberate style. 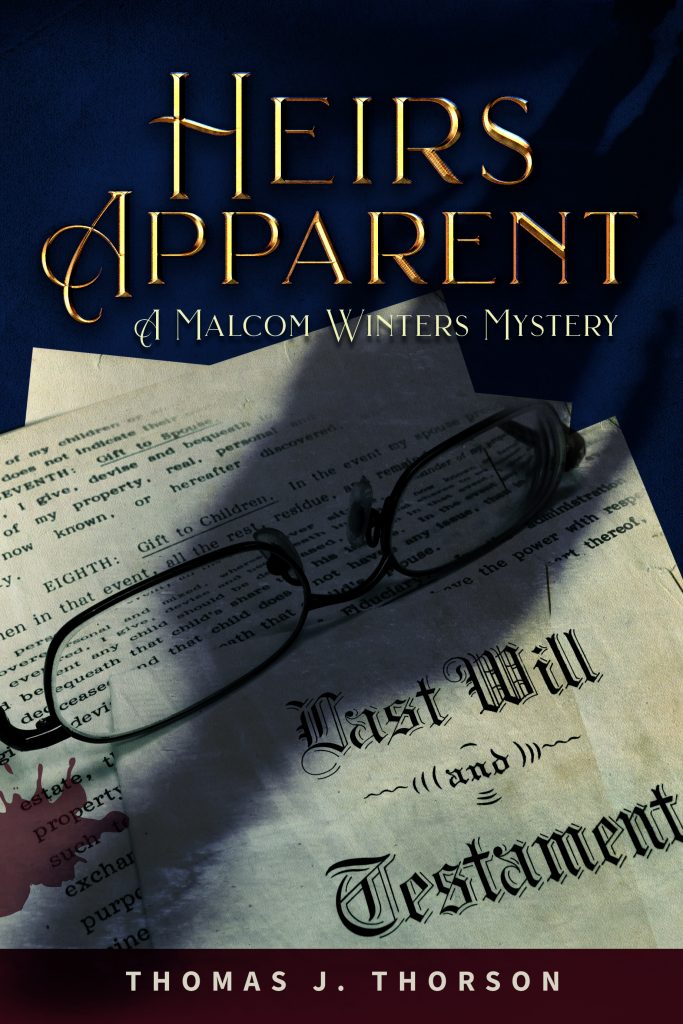 Heirs Apparent begins in Chicago as an assassin enters his target’s 18th-floor apartment, only to find that his intended victim has just been executed by someone else. A quick look around the apartment indicates that it was a professional hit by someone who knew the victim.

Six months earlier, a mysterious man named Malcom Winters arrives in Rapid City with a supply of burner phones and a desire to become someone else. He sends a coded message to a forgery expert named Freddy Four-Fingers, ordering a fake birth certificate, passport, tax returns, employment history, social media presence and more. His next stop is Nashville, where a chance meeting with an equally cryptic woman named Fyre changes his life.

Malcom’s smoldering tryst with Fyre takes a dark turn when a passing car attempts to gun them down outside a restaurant. She refuses to acknowledge that anyone out of the ordinary happened. But which of them was the target?

Writing in a style reminiscent of Matthew FitzSimmons, author Thomas J. Thorson is as disciplined a storyteller as they come, revealing backstories and character insights in tiny, potent doses within a well-paced plot. While Malcolm isn’t an unreliable narrator per se, Thorson holds key motivations and essential truths back in the early going en route to an explosive second act. Less patient readers may not find the stakes high enough in the early going, but they will be rewarded by staying the course. Thorson’s meticulous prose and clever insights keep things moving en route to a massively entertaining second act that will keep readers up well into the night.