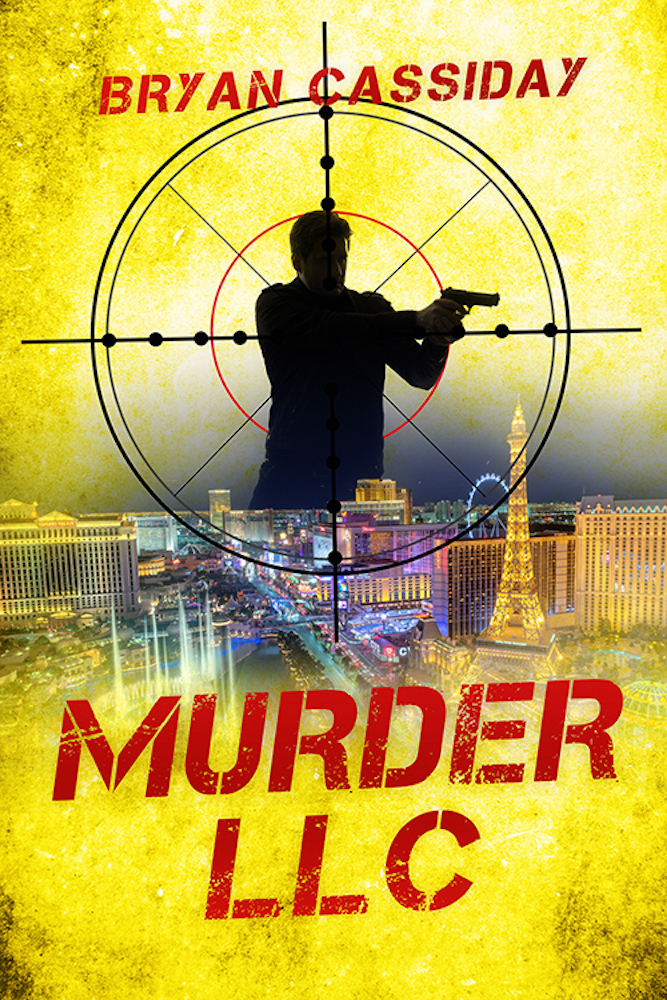 For fans of hard-boiled crime fiction, it’s hard to imagine a better opening than what Bryan Cassiday delivers in the first chapter of Murder LLC: three hitmen dressed as nuns blowing up a small Catholic church south of the border. The audacious move is masterminded by cartel boss Don Gaetano, who wanted payback for a hit on his own mother’s wake. “When they hit us,” he tells his son later, “We hit back twice as hard.”

Meanwhile in Las Vegas, budding hitman Damian Playa is faced with a straightforward but simple job: launder $400,000 in cash by buying casino chips, placing a few skimpy bets, and cashing it all out again. But in a brilliantly suspenseful scene, Damian goes big with his bets and finds himself with nearly enough cash to walk away forever – just before losing it all, and putting his life and the lives of his family in mortal danger.

Enter Damian’s worried sister, who hires LA private investigator Scott Brody PI to go to Vegas to find him. As fictional private investigators go, Brody is exactly what you’d expect: a survivor of a broken home who carries around a ton of personal baggage while using his considerable skills to fix his client’s problems. But Brody is exceptional for the company he keeps, which includes undercover FBI agents who secretly communicate on a website for epileptics.

Murder LLC would be a perfectly satisfying work of noir with only Damian’s case to focus on. But Cassiday’s narrative is far more complex, including an expansive conspiracy to oust the President of the United States using the 25th Amendment. For those who haven’t seen the thousands of articles about it since 2016, the 25th Amendment refers to a process where the president’s cabinet can theoretically remove him from office if they think he’s unfit or unable to serve. We’ll never know whether Cassiday’s fictional plot is plausible or not, but one thing is for sure – it’s tons of fun.