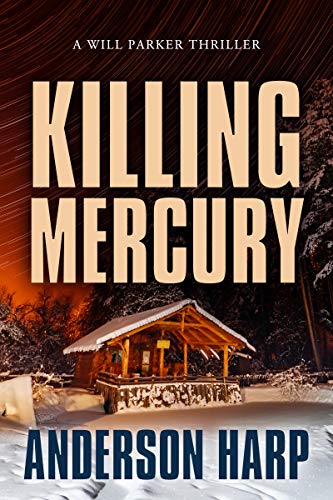 Decorated Marine William Parker is catapulted back into action when a high-value al-Qaeda ringleader purportedly killed by the U.S. decides to enact revenge for the drone strike that targeted him and killed his wife and young daughter. His aim: Capture and kill the outgoing president’s only daughter, secret service codename: Mercury.

After a career of operating in a shadowy gray zone of missions so classified that only a few people knew of their existence, Parker had settled into a cabin on the Chattahoochee River in Georgia. When a fellow marine shows up on his farm to warn him of a plot against the president’s daughter and convince him to get involved, Parker shrugs him off and dismisses his concern.

But when that same marine dies in an apparent plane crash shortly after their meeting, Parker’s antennae go up, and he is soon drawn into a mission unlike any he has ever undertaken.

Fans of political and military thrillers will love the thoughtful precision and carefully built plot that has earned Harp devoted fans, including celebrated author Lee Child. Harp is that rare author who will snare readers with both action-packed intrigue and satisfying character arcs, painting vivid tableaus of destinations from Yemen to Aspen along the way.

If you haven’t read the other four in the series, don’t fret: Killing Mercury works well enough as a self-contained story, so you can jump right into the action with this novel.