The Bottom Line:  A standout holiday murder mystery that is a must-read for fans of A Christmas Carol. Highly recommended. 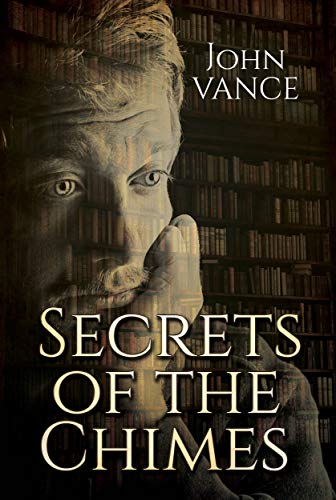 Pour yourself a brandy, slide into a pair of velvet loafers and cozy up by the fire to savor this perfectly timed murder mystery that centers around one of Charles Dickens’ little-known Christmas novellas (fact: The Chimes is actually one of five Christmas novellas written by the beloved author).

Professor and Dickens researcher Jeremy Nichols takes a new job at a prestigious New England college where Jackson Lawrence, one of foremost Dickensian scholars, was mysteriously murdered six months earlier in the tower of the library. But it’s not long before making tenure soon becomes the last thing on Nichols’ mind. The professor soon gets pulled into the unexplained events surrounding Lawrence’s untimely demise and sets out to discover what lurks in the upper reaches of the tower in the Hendley library.

What was Lawrence doing alone among the dusty tomes of the Hendley Library on the night of his death? Did the blood-stained pages of The Chimes, the Dickens novel Lawrence was clutching when he died, provide any clues?

Author John Vance, who also gave us the excellent In the Mind of the Vampire, Touched Back and other novels, has gifted Dickens fans with a treasure trove of easter eggs throughout. But never fear: You don’t have to be a die-hard Dickensian to get sucked into this compelling mystery. There is plenty of chilling lore, backstabbing, and good-old fashioned murder to scare even the ghost of Jacob Marley.