The Bottom Line: A refreshing legal thriller packed with courtroom drama, scrappy litigation and a whodunnit that will surprise even the most perceptive readers. 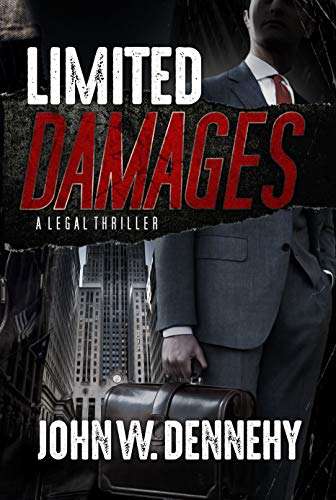 Limited Damages begins as nurse Gabriella Rivera looks after an injured prisoner at a state-run facility. When the prisoner asks for a moment of privacy, she obliges, only to return and find him dying with a syringe in his lap. The hospital and police quickly decide that the cause of death is suicide, but the reports from the police, medical examiner and toxicology are inconclusive.

The hospital is hit with a wrongful death lawsuit. Gabriella is subsequently accosted by a physician and nurse practitioner, who ask if she’ll go along with a story they devised. She agrees, but two things are obvious to her: the prisoner did not kill himself, and the staff is engaged in a coverup.

Struggling attorney and entrepreneur Ken Dwyer, whose small firm is representing the prisoner’s estate, attempts to maneuver around a Massachusetts $100,000 statutory cap on damages. It’s just the first volley in a legal slugfest that pits him against attorney Jackie Robertson, who doesn’t exactly have a stellar reputation. While Dwyer smells blood in the courtroom, he has another problem: his little firm has to borrow money to make payroll, leading him to devote time to a case that involves a crime syndicate.

Author John W Dennehy’s inclusion of Ken’s operational challenges are a hugely refreshing twist. Somehow, the admission that Ken sometimes stays on calls just because he needs to bill hours doesn’t make him less likable. The stark reality of the risks associated with running a small firm focused on personal injuries are on full display here.

Told in chapters that alternate between Ken and Gabriella’s perspectives, Dennehy balances Gabriella’s victimization with what is a very technical legal drama. Bucking the trend among legal thrillers that are short on actual courtroom drama and litigation, non-attorneys can expect to spend time looking up legal jargon to keep up with Dwyer’s innovative tactics.

It’s impossible not to feel like we’re getting in on the ground floor of what could be a promising series. Let’s hope Dennehy has big plans for Ken Dwyer.