The Bottom Line: This rollocking action thriller set in the American west has much to say about wealth inequality. 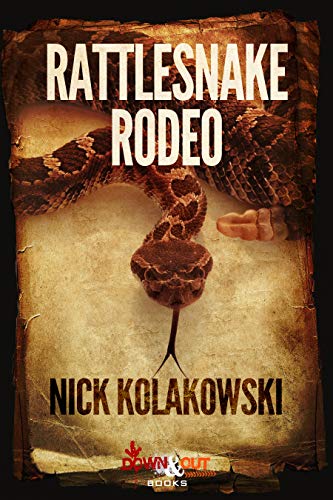 The sequel to Nick Kolakowski’s thriller about bounty hunter Jake Halligan picks up right after the first novel left off. In the first installment, Jake, sister Frankie and once-and-future wife Janine were kidnapped by a billionaire who had hunted them Idaho backwoods. Having killed their way out of a dire situation, the trio finds themselves with a great deal of blood on their hands.

They may be alive, but they’re hardly out of danger. Now on the run from the authorities, should the trio make a run for Mexico? It’s not that easy. Jake and Janine have a daughter to think about. One thing is for sure: taking their chances in court is out of the question. As Jake puts it, “When you carbonize a group of millionaires, politicians, and millionaire-politicians, the law never stops hunting you, and they make sure you’ll never have the chance to say something embarrassing at trial.”

Author Nick Kolakowski has created a compelling contemporary western where the outlaws of yesteryear have been replaced by a sadistic group of powerful men with unfettered access to money,  law enforcement and next-generation weaponry. In tone and substance, Rattlesnake Rodeo is reminiscent of the Oscar-winning neo-Western Hell or High Water, in which crime seems to be the only method of survival in a world ruled by elites. Here, Jake, Franie and Janine are essentially survivalists in a game that is almost impossible to win, and class issues are constantly at the forefront.

As if the evils of men weren’t enough of a challenge, they must also traverse a rugged landscape, which in Jake’s mind, may be infested by rattlers. Throughout, Kolakowski’s landscape descriptions – complete with lore about the dangers of the flora and fauna – are highly vivid. While backcountry excursions are fraught with peril for Jake & company, they are a tactile experience for readers.

The book hits the ground running from the very first line, so reading Boise Longpig Hunting Club prior to taking on Rattlesnake Rodeo is highly recommended.