The Bottom Line: Another inventive thriller from Fitzsimmons that will please his fan base. 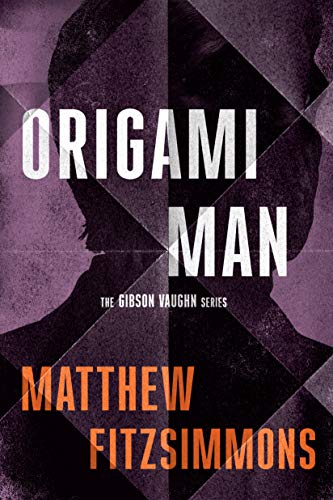 Matthew Fitzsimmons, author of wildly popular The Short Drop (one of our picks for the Best Books of 2016), is back with his fifth Gibson Vaughn novel.

Vaughn is a former Marine and present-day hacker with a complicated past. Despite being a fugitive himself, his life is dedicated to one purpose: stopping terrorism. In Origami Man, Vaughn once again enters the fray, this time thanks to a ruthless assassin named Tinsley.

dA rumored massacre in the making could cost 500,000 lives, but pretty much everything else — the target, location and date – are a mystery. The key to disrupting it may be a thumb drive in Tinsley’s possession. The uneasy alliance between the two men makes for riveting reading.

While Origami Man starts slow, the pacing and suspense prove to be just right. As in all Fitzsimmons books, the methods employed by both villains and heroes are extremely clever.

What’s more, Vaughn remains a delightfully complicated hero. Spending a few hours thinking about the world and its vulnerabilities from Vaughn’s point of view is panic-inducing in a way that never seems to get old.

While some backstory is provided, the relationship between several recurring characters is intricate enough that the book may not be the best entry point for readers new to the series. Readers are advised to begin with The Short Drop.