The Bottom Line: A compulsively readable supernatural thriller that is sure to expand Misquita’s audience. 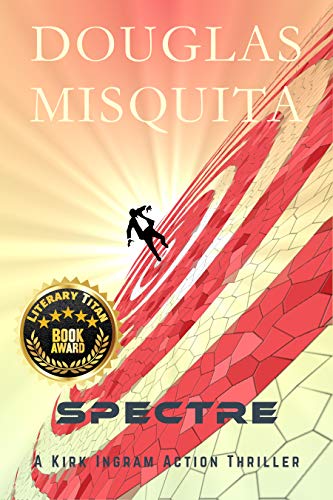 Douglas Misquita, author of one of the best thrillers of 2019, returns with his third Kirk Ingram series novel. In a narrative that spans the first, fourth,14th and 21st centuries, SPECTRE imagines a world where a small group of Resurrectionists – people with the power to raise the dead – engage in an epic battle of good versus evil throughout the centuries.

If you’re thinking that the paranormal has no place within the confines of an FBI thriller, recall that The X-Files, which focused almost exclusively on paranormal and alien life, is perhaps the most successful FBI-focused franchise in history. To establish a world where magic is real, Misquita opens SPECTRE with a familiar scene: Jesus raising Lazarus from the tomb in 33 CE/AD Jerusalem. After establishing a set of characters consumed by the power of resurrection, he continues to mine history for delicious nuggets three centuries later, as the superstitious Constantine invades Rome, bringing Christianity with him.

Fast-forward to 2017, and we’re introduced to Jovanni Rossi, a gifted student who discovers a hand-drawn mountain trail that leads to an ancient abbey. What he finds there has the potential to change life as we know it, and will eventually gain him an audience with the Pope.

By the time rogue former FBI agent Kirk Ingram finally makes his entrance into the narrative, some readers may have forgotten that the series is actually centered around him. That changes quickly, as Ingram is soon the subject of global headlines when he’s handed over to Italian authorities after causing a ruckus aboard a commercial airliner. From that point on, he’s quickly blended into the primary story with great skill.

The sprawling SPECTRE is easily Misquita’s most ambitious novel, and packs enough characters and timelines for two or more novels. While there are a few plot points and interesting artifacts that could use more explanation (e.g. the “Sword of Christ”), Misquita manages to create a thoroughly absorbing story that will surely expand his audience. Whereas the first two Kirk Ingram novels were political thrillers that were strongly rooted in contemporary geopolitical issues, SPECTRE’s fantasy-based storyline with strong historical fiction elements is tailor-made for fans of Lincoln Child and Dan Brown. As such, it’s also a perfect entry point for those new to Misquita’s work.