The Bottom Line: Clear your calendar for a high-stakes international murder mystery that is as engrossing as it is timeless. 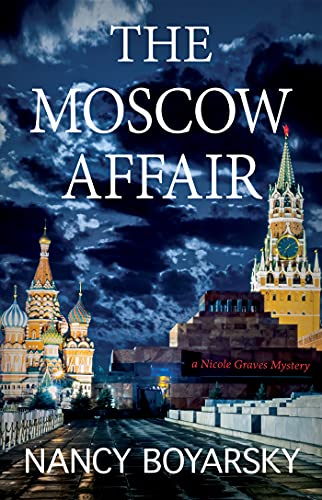 The sixth book in the Nicole Graves series finds the clever private investigator whirling in a mix of ennui and worry. Her fiancé, an agent for an undisclosed organization, has been missing for eight months. At the same time, a so-called promotion at the investigative agency has relegated her to glorified paper pushing.

An approach by MI6 in her home city, Los Angeles, is a welcome escape for the sleuth who finds herself disenchanted with her situation. She agrees to take a short-term assignment in Russia. Her directive sounds simple enough: observe some passengers on a two-week luxury riverboat cruise on the Volga, and file a daily report directly to her handler.

But the seemingly straightforward assignment goes sideways when one of the riverboat passengers winds up dead. Was this posh river cruise always much more than simple surveillance for Her Majesty’s Government? Soon, Nicole is immersed in a high-stakes game of murder and espionage where trust in anyone could prove deadly. Aside from a few modern conveniences, such as the translation app on her phone, the story could be told at any time in the past century and still feel relevant.

While The Moscow Affair works well as a stand-alone novel and entry point for first-time readers, series fans will relish how Boyarsky has developed Nancy’s character without losing the series’ timeless feel. Despite Nancy’s personal struggles, Boyarsky continues to eschew the gritty, profane anti-hero characteristics of contemporary detective fiction, opting instead to deliver dialogue that crackles with wit and ingenuity. Along the way, Boyarsky continues to inject Nicole with depth and complexity as she struggles with swirling emotions that lowered her guard and sucked her into this dangerous assignment.

Clear your weekend calendar and settle into engrossing intrigue.