The Bottom Line: A sexy legal thriller that deftly blends an international terror plot with romantic obsession. Honored as the Best Legal Thriller of 2021. 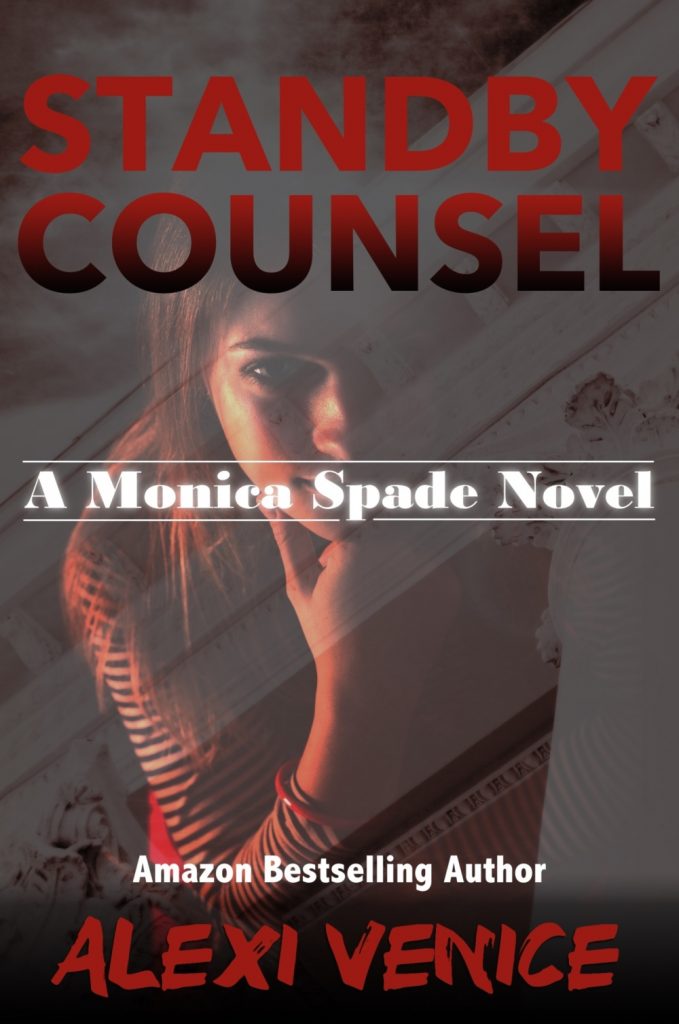 Despite having no experience in criminal defense, civil attorney Monica Spade is ordered to represent an accused murderer. The accused, a demure Romanian woman named Stela, purportedly stabbed her boyfriend 13 times before being admitted to the hospital as a possible sexual assault victim. She claims her boyfriend cut her while trying to assault her, but the marks are more indicative of self-cutting. She also claims that she had discovered a diary where he wrote about nonconsensual sex, bondage, cannibalism and cutting.

As the investigation progresses, Monica learns that the stabbing victim worked in the weapons division at a local appliance company. Investigators find two lead-lined cases in his garage that are used to transport radioactive materials like enriched uranium and plutonium. Despite Monica’s inexperience, and other more deadly obstacles, she pieces together the complex motives behind the stabbing while introducing a few courtroom tricks of her own.

Author Alexi Venice uses Monica’s inexperience in criminal cases to great effect. With each chapter, Venice ratchets up the tension as Monica, who is clever and curious but in over her head, realizes that she’s playing a high stakes, international game. Suspicious federal agents, confounding DNA evidence, and a mysterious associate named Yuri add to the intrigue and subsequent danger.

Among legal thrillers, Standby Counsel excels in its depth of characterization. The chapters devoted to Monica’s romantic life are no less gripping than those devoted to the primary plot. In the early going, Monica’s steamy shagathon is brought to an abrupt halt when she asks about girlfriend Shelby’s diamond stud. That strikes a nerve, leading Monica to wonder just what Shelby is hiding. Throughout, the chemistry between the two women is absolutely electric.

While Standby Counsel is the second book in the Monica Spade series, it’s a perfect entry point for new fans. Highly recommended.