The Bottom Line: This engrossing teen suspense thriller puts the fictional town of Craven Falls on the map. 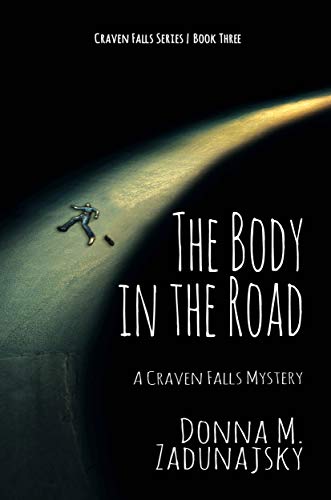 Fans of Natalie D. Richards’ small town mysteries may fall for this tale of a teen who makes an unfortunate turn. Seventeen-year-old Ohio girl Sara Nelson is deathly afraid of her psycho boyfriend, Brad. Fearing for her life, she takes her Grandmother’s car in the middle of the night and leaves town in the middle of a storm. She leaves no note and tells no one.

As is foreshadowed in the book’s title, she soon comes across what appears to be a corpse in the road. When she goes to call the incident in to the authorities, she finds she has no cell signal. What’s more, she’s driving a vintage 1958 Cadillac Eldorado, created decades before onboard emergency communications or navigation systems.

Soon after, Sara ends up in Craven Falls, a town she has never even heard of despite living in the state her entire life. Odds are that Brad has never heard of it either, which is at least some relief. But like Blake Crouch’s superb Wayward Pines, Sara soon finds that the town isn’t quite what it seems as she learns of mysterious doppelgängers, disappearing residents and suspicious police activity. Before long, she’s watching local officer Crystal Rosmus lift a teen murder victim out of a hole in the woods.

Unlike so many writers of contemporary teen mysteries, author Donna M. Zadunajsky doesn’t rely on vampires, dystopian governments or magic to create suspense. Zadunajsky does wonders with the simple concept of a teenager on the run from an abusive boyfriend and small town mayhem.

The effect is heightened with Sara’s inner dialogue as she continuously questions her options, choices and their eventual consequences. Rather than the typical YA story of a gifted teen who has a competitive advantage, this realistic telling of an average 17-year-old fighting for survival is a breath of fresh air.

In the Service of Others, an Entertaining and Thought-Provoking Murder Mystery by David William Pearce
Shadows of Leonardo, a Thriller Destined for the Big Screen by Will Ottinger