The Bottom Line: A cinematic tour de force with a spectacular payoff. Jena Halpern is a psychic heroine that you’ll want to spend a lot of time with. 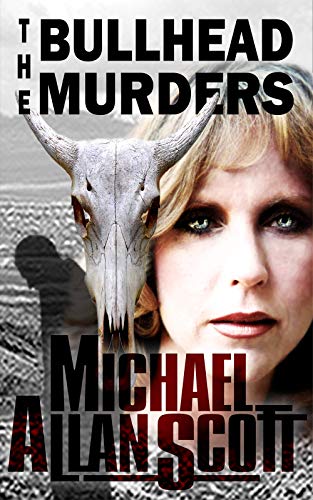 When psychic Jena Halpern gets a voicemail from police Lieutenant Daniel R. Kropp, it goes without saying that she’s been expecting his call. News headlines about a rash of grisly murders in Bullhead City, Arizona – a small town just across the border from gambling mecca Laughlin, Nevada – have been filling her with a blend of anxiety and dread.

She knows from experience that aiding the investigation will cost her physically, mentally and financially. But a sense of duty to use her psychic gifts to help others nudges her to return his call. Told in vivid bite-sized chapters that alternate point of view between Jena and Kropp, author Michael Allan Scott builds an uncommon sense of foreboding as the sights, smells and energy of the latest crime scene are detailed in full.

Is a serial killer at work? Will the local police even take her seriously? And if so, can they stop the killer before he strikes again?

If only every series began with the kind of patient backstory that Scott gives his intrepid heroine. With her sole companion a black cat named Bagheera, Jena is both graced and tortured by past family relationships. To complicate matters further, her shop in Cave Creek, Arizona, is a money pit, and she’ll be leaving town just as tourist season is gearing up. And even if she manages to help solve the case, skeptics will accuse her of fraud. To Scott’s credit, her willingness to risk it all to stop the killing comes off as entirely authentic.

Fans of Scott’s Lance Underphal mysteries will recognize themes of the relationship between psychics and police work, which he does remarkably well. The uneasy relationship between Jena and Kropp crackles with uncommon energy. And while the book features plenty of action, The Bullhead Murders is a potboiler of a crime thriller that builds gradually to its spectacular payoff.

Blood-Red Mist, One of the Year’s Best Thrillers
10 Authors Like Brad Thor