The Bottom Line: A first-rate military thriller that dares to imagine a war between China and the United States in vivid, mesmerizing and highly personal detail. 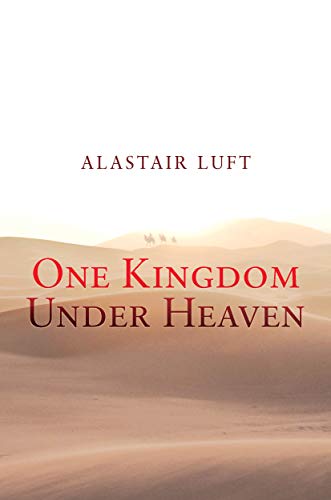 One Kingdom Under Heaven opens as Chinese military leadership interrogates retired Navy Seal Malcolm Kwong, whose team of assassins infiltrated the Great Hall and murdered half the Politburo Standing Committee.

Eleven months earlier, Kwong had been deep in the West Virginia mountains when a Chinese EMP — a nuclear electromagnetic pulse — attack knocked out the electrical grid during a bitter winter. Kwong’s family was apparently killed in the attack. Rather than invade and occupy the country after America’s surrender, China delivers food and humanitarian supplies, apparently content to leave its global rival crippled.

Long after Kwong had considered the war over, Admiral Donald T. Couzens, III, Commander United States Special Operations Command, finds him in the West Virginia woods. Kwong just wants to be left alone, but his former boss hands him an envelope containing sufficient motivation to kill the President of China.

Author Alastair Luft’s carefully crafted post-apocalyptic world, set in the near future, is one that is the result of a collision course with current events. China, backed into an economic corner by an ongoing trade war with the United States and the coronavirus pandemic, feels provoked to attack out of self-defense. But unlike the Japanese attack on Pearl Harbor that dragged the U.S. into World War II, China’s attack brings the United States to its knees. Luft also imagines a believable divide within Chinese leadership that, should Kwong succeed, could offer the U.S. a chance to rebuild.

These real-world realities are artfully balanced with the emotional heft of Kwong’s story. Told in a non-linear narrative, Luft gradually reveals the events, people and other motivating factors that drive Kwong into action. One Kingdom Under Heaven is, above all, a highly personal thriller. Highly recommended.