The Bottom Line: The latest from Catherine Coulter’s Brit in the FBI Series is a solid entry point for espionage fans. 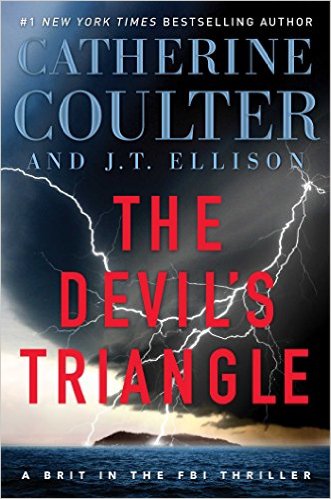 FBI Special Agents Nicholas Drummond and Michaela Caine are the government’s Covert Eyes—leading a top-notch handpicked team of agents to tackle crimes and criminals both international and deadly. But their first case threatens their fledgling team when the Fox calls from Venice asking for help.

Kitsune has stolen an incredible artifact from the Topkapi Museum in Istanbul, and now the client wants her dead. She has a warning for Nick and Mike: she’s overheard talk that a devastating Gobi desert sandstorm that’s killed thousands in Beijing isn’t a natural phenomenon, rather is produced by man. The Covert Eyes team heads to Venice, Italy, to find out the truth.

From New York to Venice and from Rome to the Bermuda Triangle, Nicholas and Mike and their team are in a race against time, and nature herself, to stop an obsessed family from devastating Washington, DC.

But is it any good? Absolutely. The relationship between Nicolas and Michaela is nearly telepathic, making it fun to read, and the almost-too-out-there plot has just the right amount of crazy. What’s more, you can jump right into this book without having read any previous books in the series without missing a beat, and you won’t be weighed down by hundreds of pages of backstory.

As to whether the credit goes to Coulter or J.T. Ellison or both, that’s for you to decide (Ellison’s name is 5X smaller on the book cover than Coulter’s).

Nobody’s Safe Here is One of the Most Exciting Mystery Novels in Years
Deadly Homecoming at Rosemont, a Clever Cozy Mystery by Connie Chappell