The Bottom Line: A first-rate action thriller that manages to be highly personal while delivering regular doses of ferocious action. 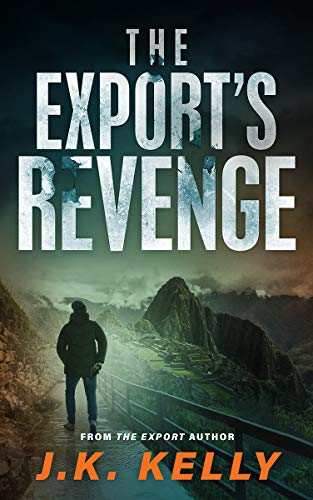 Export’s Revenge opens on a luxury yacht off the coast of Thailand where series hero Matt Christopher, aka “the export,” has been hired to provide security. Despite partnering with Sam Norton, Matt is forced to single handedly kill three pirates. He’s not completely surprised. Sam’s fateful line in the series opener, “I haven’t been totally honest with you,” foreshadowed Matt’s eroding level of trust in him.

Two events serve as catalysts for the novel’s primary action. The first comes when Matt gets word that his journalist stepsister, Jenny, has been fatally assaulted in Rome. The second comes when the President of the United States invites Matt to work for him, offering immunity on U.S. soil.

Readers will be doing some serious fist-pumping when the POTUS orders him to “go get whoever went after your sister.”

If there’s one thing that distinguishes Matt from spy thriller peers like Jack Ryan, it’s that his series is increasingly a family affair. No sooner does Matt lose his aunt and sister than he discovers that he’s related to the Sinclairs, a prominent British political and financial bloodline first introduced in The Export. At this rate, author J.K. Kelly may need to include a family tree in the next series installment to help readers keep track of all Matt’s relations.

“Revenge” is indeed the operative word here, and the novel simmers with personal rage that feels authentic and adds urgency to the plot. The book’s pacing is far faster than its predecessor, as does the fact that Matt is on a personal mission.

Well-drawn locations like Thailand, Camp David, Rome, Geneva and even Penn State University create a sense of escapism that cooped-up readers will fall hard for.