The Bottom Line: One part Fight Club, one part Conan the Barbarian and a little bit of Pretty Woman thrown in for good measure. A book that nobody asked for, but everyone should read. Highly recommended. 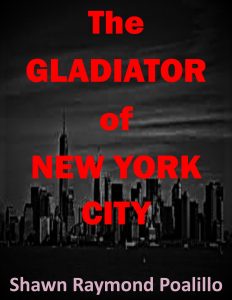 Shawn Raymond Poalillo’s fourth novel is anything but typical thriller fare. An utterly fascinating world exists below New York City where gladiators fight on in the ancient tradition. Readers follow reporter Kalli as she observes grisly men ready to spill blood, swordfights to the death, publicly accepted prostitution and a network of corruption. Just as readers get comfortable with the plot, Poalillo tosses in an actual monster and magic. It’s a lot to take in, but thanks to polished prose and a breakneck, rollercoaster-like pace, readers won’t be able to stop.

A former Department of Homeland Security special agent who followed his debut financial terrorism thriller with a gripping family drama, Poalillo remains anything but predictable. Throughout The Gladiator of New York City, he deftly bridges the New York we all know with its subterranean counterpart while creating a likable, one-of-a-kind investigative reporter in Kalli. And it’s clear that Poalillo revels in writing fight sequences, because the book’s battle scenes are nothing short of exhilarating.

A truly fresh work of fiction, this mash-up of mystery, adventure, and fantasy works well. My only complaint? It’s almost too quick of a read. But for anyone looking for a novel that truly wows, it’s the perfect brawling, bloody adventure.