The Bottom Line: Honored in the Best Thriller Book Awards as the Best Psychological Thriller of 2021. 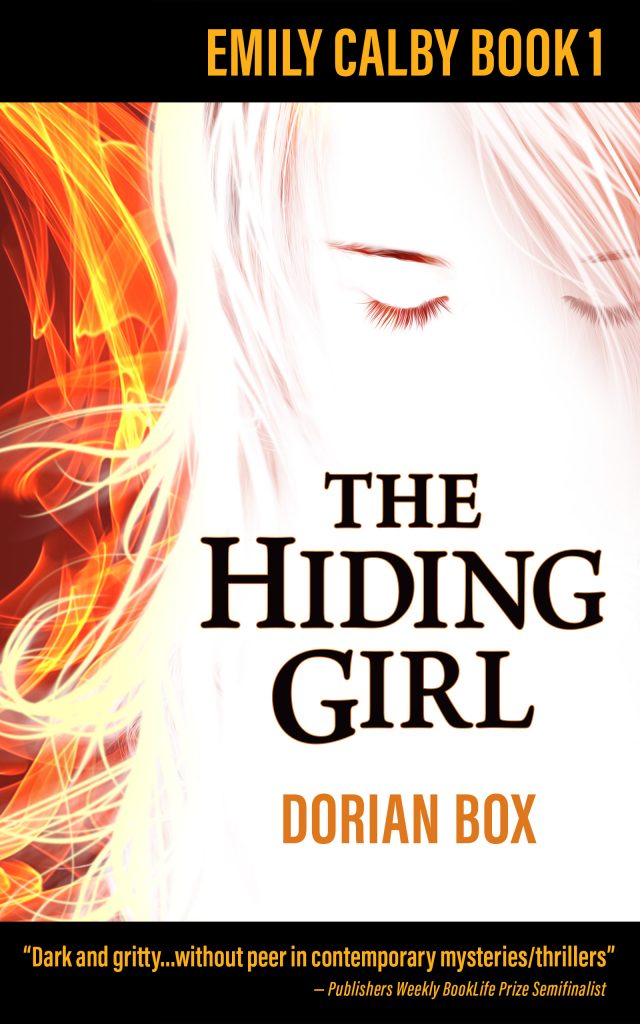 When two predators come to 12-year-old Emily Calby’s home asking to siphon gasoline, she immediately senses what her mother does not – their lives are in imminent danger. Only Emily escapes.

Armed with extraordinary powers of perception and five-thousand dollars that her father had stashed in the garage, she goes on the run. A born survivalist, Emily prowls unlocked cars at night, finding a stun gun, a knife, makeup and a Stephen King book. She makes it to a sketchy neighborhood in Memphis, where she pays a professional counterfeiter named Lucas in cash for a fake ID, becoming sixteen-year-old Alice Regina Miller from Chattanooga, TN.

Like Emily, Lucas’s entire family is dead. The two bond, and he becomes an unlikely ally in her quest for justice. After nothing comes of the anonymous tips Emily sends the Sheriff back home, she receives an unexpected message from the FBI to her fake email address. The special agent in charge of the investigation wants to bring her back to Georgia. But for Emily, there’s far too much at stake to simply head home to be placed with a foster family. Only justice will give her peace.

In Emily, Author Dorian Box has created a rarity – a teenage protagonist that is at once sympathetic, vulnerable and largely fearless. Made unusually mature for her age after losing her father in an accident, Emily is an old soul in a way that is both tragic and inspiring. And while her plight gives her little time for grief, those brief moments of raw emotion resonate hugely. This sharp characterization within a fast-paced work of suspense makes The Hiding Girl one of the year’s most exciting series openers.