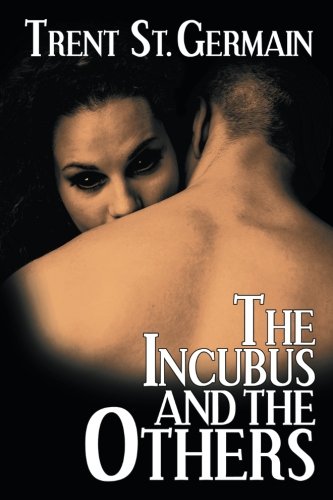 Trent St. Germain’s The Incubus and the Others revolves around the Laneharts, an aristocratic family based in a 200-year-old former cotton plantation in Louisiana. After the death of the family patriarch, the Lanehart siblings return home for what can only be described as an unholy reunion.

When troubled sibs Marcus and Flannery return home from exile, they find that all is not as they had imagined it would be. Among other horrors, wild animals are found inexplicably drained of blood, and more notably, their older brother Geoffrey is being dominated by a demon named Conrad. As far as mischievous demons go, Conrad ranks up there with the best of them, thanks in no small part to St. Germain’s gift for witty, biting dialogue.

While Conrad’s relationship to the family is complex and multi-faceted, it’s through the Conrad/Geoffrey/Marcus relationship that St. Germain brings substance to this tale of horror and depravity. Throughout the narrative, the topics dominating the family infighting include homophobia, racism, domination/submission, murder, adultery and more (perhaps notably, Conrad is cuckholding Geoffrey with his wife, Tilda). But binding all the madness together is the sense that slavery – the very thing that propelled the family to great wealth – may be the root of the various evils that now destroy it.

St. Germain juggles a large cast, each of whom is thoroughly self-absorbed with their own issues. From the very first chapters, it’s clear that the family itself is beyond redemption, but for horror fans, the journey itself is well worth taking.

In Mind of the Vampire, by John Vance
By Silent Majority, a Stunning Political Thriller by Robert Buschel