The Bottom Line: Spellbinding, gut-wrenching and impossible to put down. Fans of Taken will love The Man on the Porch. 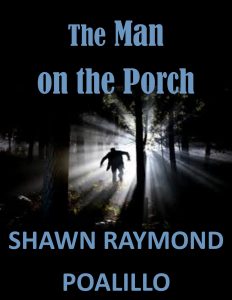 Professional assassin Richard West moves to a small New England town to blend in and lay low. But when local beauty Melissa Deliotte notices West’s rugged good looks and conspires to meet him at the local hardware store, the chemistry is undeniable. The prolific killer breaks his cardinal rule – no attachment, and no love. And when Melissa’s son is taken, he goes on the most personal killing spree of his life.

Poalillo’s novel joins a distinguished genre of thrillers about the conflicted life of assassins that seems to be growing in popularity. Among a field of classics that includes Frederick Forsyth’s The Day of the Jackal, Barry Eisler’s John Rain series and Robert Ludlum’s Bourne Identity, Poalillo’s The Man on the Porch stands out for the love story at its core. Melissa, a single mom, former underwear model and model practically throws herself at West. His cover – that he’s a boring engineer who sells machines for a Virginia company – hardly dissuades her. Boring, in fact, is just what she’s looking for: “No dating men surrounded by violence,” she tells him. Little does she know what she’s in for, and that – right up to the enthralling final chapters – makes for an incredibly exciting story.

While the relationship between West and Deliotte is the book’s driving force, Poalillo’s novel is also inhabited by the international cast of characters that you might expect: a French arms dealer, a Syrian terrorist and even the Pope himself. When it comes to stoking international intrigue, Poalillo, whose previous novels include terrorism thrillers and a fantasy novel, proves that he can depict Paris or Vatican City as well as anyone in the business. Perhaps as a nod to the giant of the genre, or as a perfectly natural defense mechanism against cyber spies, West’s intelligence comes in the form of a newspaper ad with a simple cipher. It’s just one of many small but sharp touches that makes The Man on the Porch feel both original and classic.

In Your Head, a Series-Worthy Supernatural Thriller by Matthew Tamney
The First Conception: Rise of Eris, One of the Year’s Best Thrillers