The Bottom Line: A must-read for fans of Dan Brown and Steve Berry. 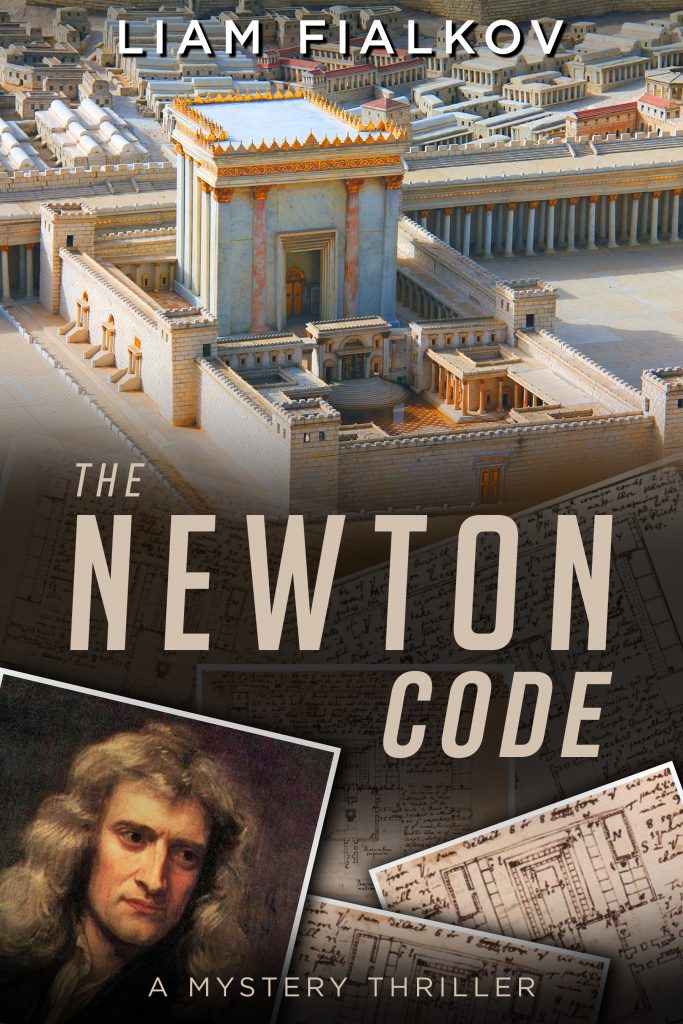 As The Newton Code opens, computers around the world are held captive. For 13 minutes, frustrated users are met with a cryptic message and an almost indecipherable image of the Ark of the Covenant. Then, without so much as a demand for ransom, the crisis is over.

Meanwhile, Michael, a 32-year-old investigative journalism professor and budding spy, is recruited for his second mission. His task is to patiently infiltrate a group of religious extremists who seemingly devote their time to decoding Biblical prophecies as well as Newton’s theories about the Temple of Solomon. He soon learns that the group intends to destroy the Dome of the Rock in Jerusalem, one of the world’s holiest Islamic shrines, in order to spark a holy war that will eventually bring the second coming of Christ. What’s more, the group is funded by a charismatic billionaire who is married to a woman that Michael finds almost irresistable.

Fialkov, whose novel The Broadcast was named one of 2019’s Best Thrillers of the Year, has created a worthy follow-up. Through alternating chapters told in the present and ~1000 B.C., Fialkov demonstrates the irony of how doomsday cults not only continue to thrive despite quantum leaps in science and technology, but also how technologies such as the Internet can become enablers.

Michael is believable as a bored professor relishing his new career as a part-time espionage agent with the potential to prevent a global catastrophe. When it comes to his love life, Michael is so new at the espionage game that he’s adorably indiscreet, revealing critical mission details to his unhappy wife, Melany. When he tells her that he intends to make it look like they are estranged, he never dreams how many temptations might arise for both of them while he is away.

While emotional vulnerability isn’t typical in an espionage hero, Michael turns out to be far more interesting than the stereotypical hard-nosed womanizer. Complete with a healthy dose of history and the occult, religious conspiracy thriller fans will find The Newton Code irresistible.