The Bottom Line: A hugely entertaining psychic thriller that fans of Black Mirror will relish. 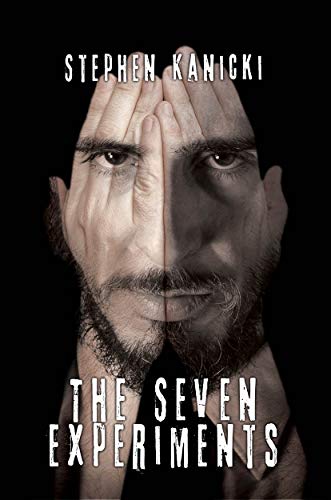 Gary Miller is deeply unhappy. The minister and junior college professor is having a crisis of faith, is tormented by repressed bisexual tendendies, and worst of all, is insanely jealous of his friend, retired professor Bob Harris. Despite having made the same unremarkable salary during their careers, Bob now seems to have everything Gary wants: time, wealth, inner peace and a hot sex life.

Author Stephen Kanicki has created a contemporary morality tale that manages to be both familiar and surprising. Using extended periods of crackling dialogue, Kanacki uses the complex relationship between Gary and Bob to ratchet up suspense gradually. The banter ranges from religious to philosophical, and is both entertaining and thought-provoking. Bob’s frequent allusions to his own wife’s sexuality, which comes in the form of temptation, raise the stake substantially.

Classic themes of gluttony, envy and greed run throughout. The intense power dynamics between Bob, Gary and their wives are more than enough to propel the story forward, but it’s the book’s supernatural elements that will hook readers. Bravo.