The Bottom Line: A potent, hardboiled crime thriller that fans of Michael Connelly and Elmore Leonard will love. 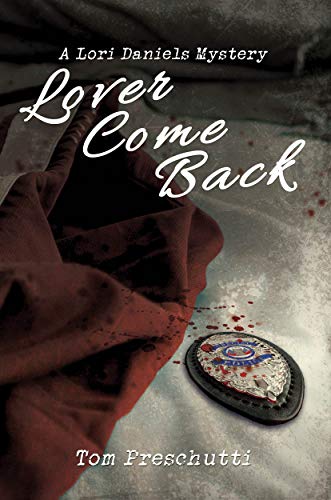 Lori Daniels is a hard-nosed police detective who has poor taste in men. Her ex-lover, the recently deceased Lieutenant Michael Costner, was a dirty cop and a womanizer. Lover Come Back picks up right where Tom Preschutti’s first Lori Daniels series book leaves off, as an unknown intruder breaks into Costner’s condo before a forensics team arrives.

The interloper sets out to search for evidence that would tie himself or Costner to a notorious gang, and to frame Costner for an unnamed murder. While Preschutti leaves the perp’s exact identity a secret, two things are obvious: he’s insanely jealous of the relationship Daniels had with Costner, and he’s someone with strong ties to the police department. It’s an inside job.

High-stakes crime, explosive violence and explicit sex ramp up the tension with each succeeding chapter. Preschutti’s eroticism is hard-edged and effective. The timeless theme of police corruption is also prevalent throughout.

Preschutti’s prose is minimalist, and almost entirely absent of sentimental language or nostalgia. The story is also told in the present tense, giving Preschutti a uniquely straightforward voice within the crime fiction genre. The lone drawback to Preschutti’s style is that what we learn about the book’s heroine, Detective Daniels, is limited mainly to her actions on the page and the terse observations of the other characters (e.g. “Lori is a good cop”). As such, there’s not much backstory, so readers are highly advised to begin with Pillow Talk, the first series book.