The Bottom Line: Honored in the Best Thriller Book Awards as the Best Historical Thriller of 2021. 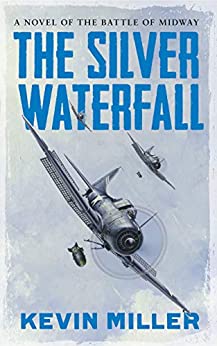 In the desolate middle of the largest ocean on earth, two great navies met, one bent on conclusive battle, the other lying in ambush.

Six months after Pearl Harbor, Yamamoto again crossed the Pacific with the most powerful naval armada the world had ever seen, this time to finish the job.

Nimitz waited for him with what he had, placed exactly where he needed it.

Both admirals depended on their fliers, some veterans of battle, others raw and unproven.

The Silver Waterfall is a factual historic fiction novel of Midway told by today’s master of carrier aviation fiction about the men who fought in one of the most pivotal and epic naval battles in world history.