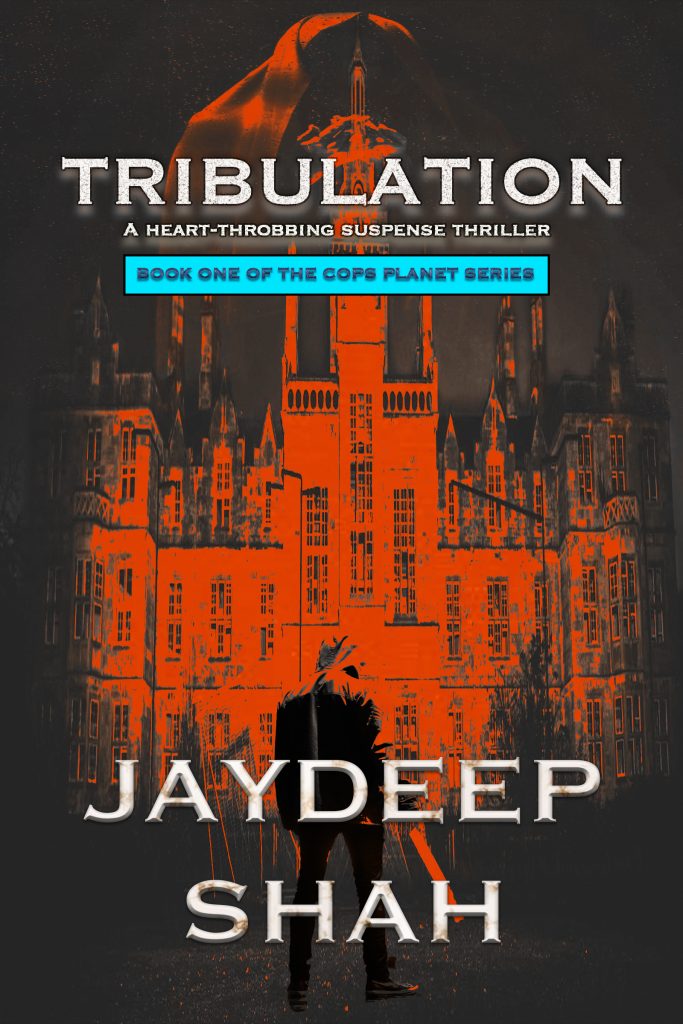 Tribulation opens with a bang as sexy, well-to-do 30-something Casie Fuentes is so enraged to be served shrimp for breakfast that she unleashes a brutal sexual assault on her servant. In the next instant, a stranger calls and simply informs her: “Your husband’s dead in your old mansion.” Casie immediately fears that her husband’s alleged death is because of a woman named Ana, whom they killed six years earlier.

A murder mystery ensues as Casie heads to the mansion, vowing revenge, and experiences a host of paranormal events. Author Jaydeep Shah keeps readers guessing about which people she interacts with there are living or dead. Fans of non-linear fiction may relish Shah’s narrative, because the book uses time anomalies and surrealism to disorient the reader and build suspense.

Sadomasochism and themes of power are used heavily throughout. In Shah’s world, characters routinely make submissive statements like, “I will accept whatever punishment you bestow upon me.” At one point, Casie is tied to a bed with a rope. Meanwhile, Casie’s staff takes relentless verbal abuse, to which they respond by saying things like “Please forgive us our idiocy,” or nervously serving food while stripped down to their underwear. While we may never learn why Casie hates shrimp, that ultimately doesn’t matter. I’ll refrain from citing the character to avoid spoilers, but one of the book’s primary voices sums up Tribulation perfectly: “I’m tempted by my desires, my wants. Dreams. Money. Power. I understand only these. To get them, I would cross any boundary.”

Horror fans looking for something different may find what they’re after with Tribulation. Clocking in at just 120 fast-paced pages, Tribulation can easily be enjoyed in an afternoon.

Root and Branch, a Must-Read Political Thriller by Preston Fleming
The Cumal Files, a Fast-Paced Crime Thriller by James Keegan