The Bottom Line: A thriller about greed, gluttony and murder that is destined for the big screen. 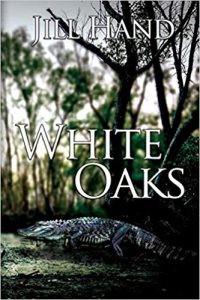 The promise of inheritance has divided families since the beginning of time, and from time to time has ended in murder. But novelist Jill Hand’s White Oaks has introduced an ingenious new twist on the time-old tale, as three siblings hoping to get a cut of their father’s inheritance must indulge the 90-year-old’s dying wish: to kill someone.

“It don’t matter who it is,” Blanton Trapnell tells his children. “I want to strangle a man with my bare hands! I need to do it. I won’t feel right until I do.”

Trapnell’s hopelessly indulgent and eccentric kids have a variety of suggestions for fulfilling his wish without getting caught (a vagrant, perhaps?). At last, they grasp the obvious: they could all go to jail for this. So what about just making the old man think he strangled someone?

While Hand’s story feels entirely fresh, the Trapnells – simultaneously rich, dumb and ambitious – would be right at home in any Coen Brothers film. The novel is firmly grounded in Americana, delivering a rich, familiar flavor juxtaposed with hilariously eccentric touches, down to the family mausoleum featuring a stained glass window depicting three men being attacked by snakes. Hand has crafted a darkly comic thriller of the highest order, offering laugh-out-loud moments and major surprises throughout. Highly recommended.