The Bottom Line: Backcut enthralls from the first explosive chapter and draws readers – both figuratively and literally – into the darkest of forests. Highly recommended. 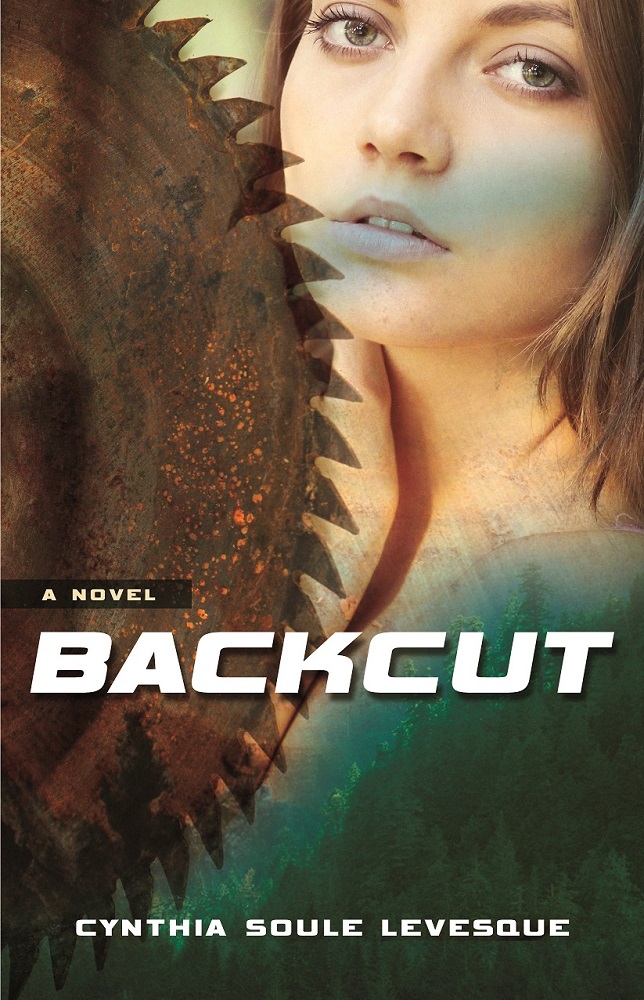 Environmental scientist Lisa Stone has just landed her dream job with Environ-Logging, one of the largest and greenest timber companies in the Pacific Northwest. She’s convinced that God has led her to take the position, which will be to help the company practice sustainable forest management. And yet from her very first day at the company, she’s keenly aware that something is wrong.

The company’s CEO, Herbert Clive Johnson, is the last person Stone should be messing with. A one-man special interest group, Johnson is the sort of man who has Senators on his speed dial and loyal henchmen ready to deal with anyone standing in his way.He makes a point to tell Lisa he’s counting on her to be “a team player,” and if you’ve ever worked for an employer that has pressured you to do something that made you feel uncomfortable, you’ll empathize with Lisa’s plight.

But where is the scientist that preceded her? What projects was he working on? Why did he leave? Lisa can’t seem to get any straightforward answers to those questions. But credit author Cynthia Soule Levesque with letting us in on that secret in the book’s opening pages, which rage like the hottest of wildfires. As a result of Levesque’s clever setup, you’ll find yourself rapidly turning the pages out of worry for the well-meaning but naive young scientist as she navigates a world where the value of life – even human life – is secondary to the pursuit of cash.

Meanwhile in New York, a boy named Jerry Andrews lay in bed, suffering from a rare childhood disease called Niemann-Pick Type C (NPC). The medicine he needs depends on the existence of a rare species of frogs that live in the old growth forest where Environ-Logging operates. In this, the book’s subplot, Levesque delivers a wealth of thought-provoking material about the medical consequences of conservation. Levesque’s intention is undoubtedly to send a strong environmental message – through the lens of a Christian worldview – about the importance of sustainability. But the plight of Jerry Andrews also adds significant tension and complexity to what is an incredibly well-written, thoughtful and at times even poetic thriller. Read it.