The Bottom Line: The newest entry in the Outlander series is equal parts fresh, familiar and frenetic. A must for fans of the series. 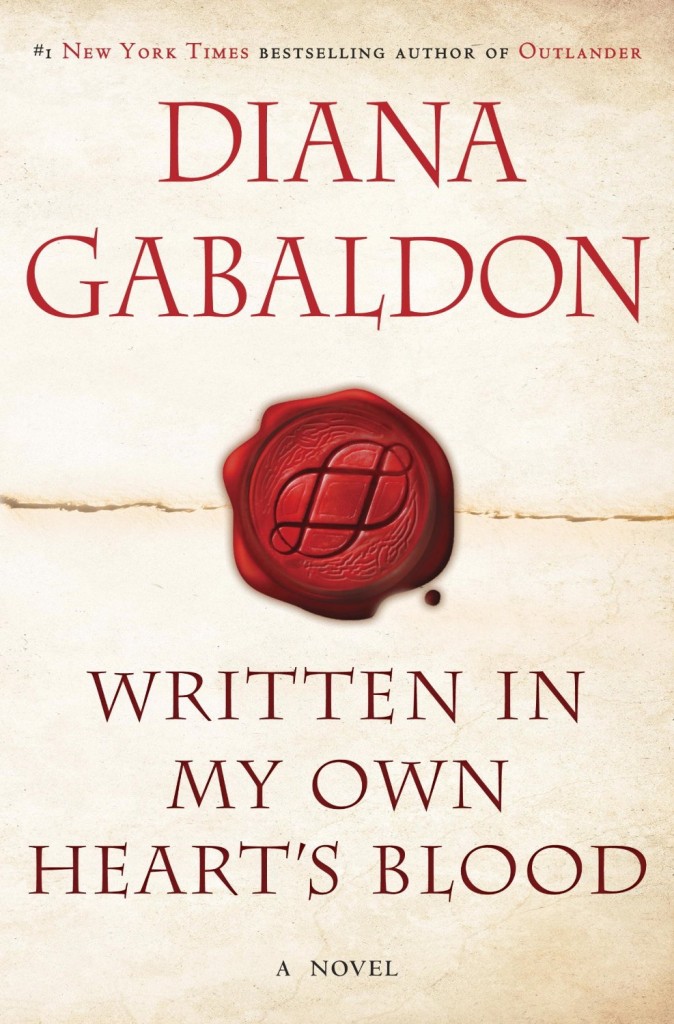 At this moment, Jamie Fraser returns from a presumed watery grave to discover that his best friend has married his wife, his illegitimate son has discovered (to his horror) who his father really is, and his beloved nephew, Ian, wants to marry a Quaker. Meanwhile, Jamie’s wife, Claire, and his sister, Jenny, are busy picking up the pieces.

The Frasers can only be thankful that their daughter Brianna and her family are safe in twentieth-century Scotland. Or not. In fact, Brianna is searching for her own son, who was kidnapped by a man determined to learn her family’s secrets. Her husband, Roger, has ventured into the past in search of the missing boy . . . never suspecting that the object of his quest has not left the present. Now, with Roger out of the way, the kidnapper can focus on his true target: Brianna herself.

It’s a compelling historical romance thriller that never misses a beat. As with previous Outlander books, however, Written in My Own Heart’s Blood  is not recommended for those sensitive to rape and domination themes.  Gabaldon evidently hasn’t tired of using sexual violence as a major plot device, as the book is filled with naughtiness.

For those new to the series, we recommend you begin with Book 1.