The Bottom Line: A searing murder mystery about a priest whose spiritual mission uncovers a community’s dark secrets. In Father Blu, Lengsfelder has created a series-worthy amateur sleuth. 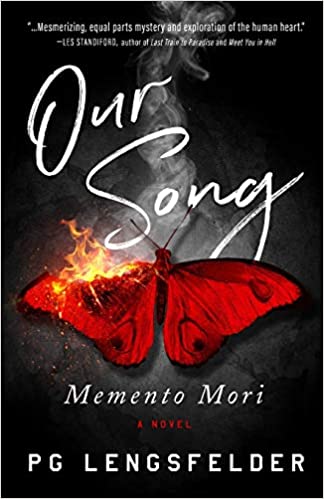 PG Lengsfelder’s novel begins as Father Jamie Bluterre’s commitment to his faith and mission is challenged by his superior, who risked his own reputation to bring troubled “Father Blu” to New York. To prove his worthiness, Father Blu is tasked with stepping up his visits to firefighter Duke Ducotty, whose mortal soul is in danger after a suicide attempt left him in a vegetative state.

Barring a miracle, Father Blu is quite sure he won’t get to hear Ducotty’s confession. He instead sets out to uncover the reason for Ducotty’s suicide in hopes of lightening the family’s burden. But as the days go on, the priest finds himself increasingly troubled by Ducotty’s private life and his community. That’s a quest that ultimately puts him in danger.

Told from alternating points of view, the book’s most gripping narrative is unquestionably from Father Blu himself. Like the BBC’s murder mystery series Grantchester, Lengsfelder has created an incredible amateur slueth in Father Blu, whose profession and sympathetic demeanor disarms Ducotty’s community and opens doors that might otherwise remain shut to a formal investigation. Meanwhile, chapters narrated by Ducotty tell of a budding romance that ended in murder, although Lengsfelder wisely holds most of the details back until Blu can figure them out for himself.

As the book’s title might indicate, the importance of music philosophically and spiritually is an important theme throughout. The novel is especially rewarding for classic rock fans, with references to The Steve Miller band, The Rolling Stones, Bonnie Raitt, former Black Crowes member Jackie Greene and many others.