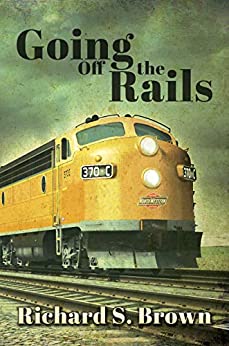 It’s 1958, and small-town Wisconsin reporter Stan Ellis is itching to cover something other than local council meetings, high school games and local crimes for the Sparta Herald. The closest he came was covering a fatal train crash several years ago that caused three deaths and injured dozens. The story and subsequent arrest of the train engineer garnered statewide attention, but interest in the story eventually died down and it was back to the local beat for Ellis.

But all that changes one day when Ellis gets a call from a woman claiming that the man in jail for the train crash was innocent, and she urges him to investigate. Could this be the big break that Ellis has been waiting for at the paper? As Ellis begins to dig back into the archives of the story, he begins to suspect that indeed, something does not add up.

Was the train engineer framed?

As Ellis begins to unearth more details, it’s clear that he’s entangled in something far more dangerous than he ever suspected.

Fans of classic noir thrillers will love the nostalgic feel that Brown imbues, bringing not only the characters but the town itself to life. Brown, who grew up in Wisconsin, gives the story the small-town realism of a true local. While the characters are fictional, the names of the towns and villages and even the newspaper are real. The Sparta Herald even retained its name for over 100 years until a merger in the early aughts.

The story may read like a noir classic — complete with billowing cigar smoke — but the characters, settings and twists are drawn in crisp, full color, perfect for a contemporary audience.