The Bottom Line: An epic new take on serial killer fiction that is reminiscent of Stephen King’s best work. 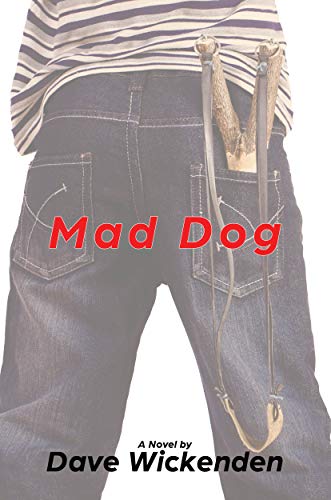 Set two decades before helicopter parenting went mainstream, 14-year-old Daniel Dixon plays from dawn until dusk in a Canadian mining town. Then, someone starts slaughtering the town’s pet cats and birds. Daniel turns amateur sleuth and attempts to recruit his friends to help find the killer.

With the link between animal abuse and human serial killers long established, author David Wickenden has stumbled upon a solid gold premise and, thankfully, fulfills the story’s promise. As Stephen King did in Stand by Me (aka “The Body”), Wickenden writes of a bygone world where children roamed freely with their friends, learning both independence and about the terrors that lie in the shadows. But in Daniel’s case, those terrors have been pushed into the light of day by something abominable. The gruesome sight of a tortured cat on public display is a bolt out of the blue that thrusts Daniel and his friends into a heightened sense of awareness about evil walking among them.

In a telling scene that foreshadows the danger yet to come, Daniel’s firefighter father cuts his hair in their backyard. Hoping to raise a second-generation firefighter, he can’t help but push an allegory about why it’s important for people to call the fire department instead of trying to put out fires by themselves. He makes Daniel promise to call the police instead of pursuing the killer on his own. “Otherwise, you end up being a victim and then we have to rescue you.” From that point forward, we know that Daniel, his friends and even his dog Patches are in mortal danger. Thanks to Wickenden’s well-crafted plot, readers are in for a hugely satisfying payoff.