The Bottom Line: An electrifying military thriller reminiscent of Mark Greaney and Brad Thor, with a plot worthy of a blockbuster movie. 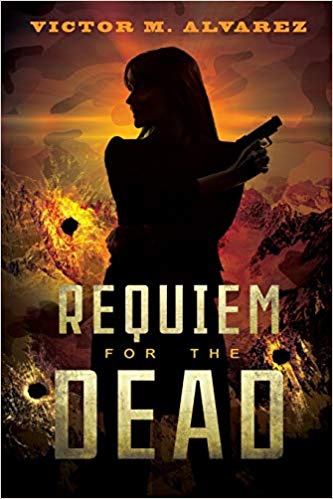 When a suspected CIA operative is captured by the North Korean government, the man’s father, an American General, repeatedly asks the White House to intervene. The White House does nothing, and the alleged spy endures daily torture for three years before dying in captivity. After his battered body is returned to Texas, General Scott vows that someone will pay for his son’s death.

Scott isn’t just any officer. He’s a widely respected Brigadier General and combat veteran. After his retirement, several former special forces operators – each of whom owe their lives directly or indirectly to him – are enlisted to help him exact revenge.

Their plan? Kidnap the children of several high-ranking generals in the United States European Command. In doing so, they aim to force the Army’s brain trust to implement a first-strike plan against North Korea without requiring permission of the President of the United States. If they succeed, and China suspects that the U.S. is behind the attack, they may be drawn in, sparking a global conflict.

Can World War III be averted? Enter Special Jacqueline Belle Sinclair, the top agent in the Army’s Criminal Investigation Command. Sinclair comes from an exceptionally long line of military leaders tracing back to the 1300s, and she isn’t about to let her father – a Colonel – down this time.

Author Victor M. Alvarez writes like the veteran that he is, describing the inner workings of military life in vivid detail. Alvarez attended Ranger and Airborne schools, the US Army Jungle Warfare School en route to two ground combat tours during the Vietnam War, before becoming a US Army policeman and criminal investigator (CID Agent).

While Alvarez’ prose may not have the polish of Mark Greaney or Brad Thor, the writing is authentic, and the emotional heft of a grieving father is undeniably raw. Most importantly, the stakes could not be higher. For readers that like revenge fantasies, we can’t think of one more powerful than hijacking America’s nuclear arsenal.