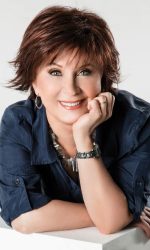 Since the 1996 novel One For the Money, Janet Evanovich has been the gold standard among humorous mystery novelists. The book featured Stephanie Plum, a former lingerie buyer who becomes a bounty hunter to make ends meet after losing her job. Plum often finds herself in hilarious conundrums as she goes about her business. There […]