The Bottom Line: An irreverent, offbeat crime thriller featuring a memorable protagonist and a quirky cast of gangsters. 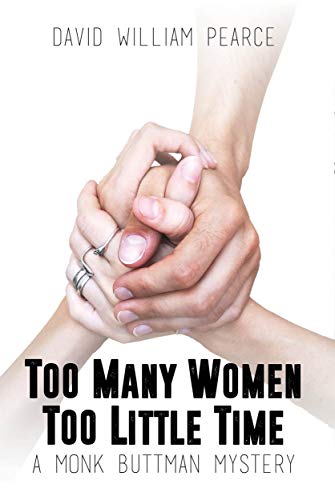 For a man whose primary job is delivering packages for an LA law firm, Monk Buttman lives a complicated life. He owns the Moonlight Arms, a complex of bungalows that he purchased with what might be found drug money. The women in his life include Agnes, with whom he is semi-engaged; daughter Rebekah, who relies on Monk for both childcare and a place to live; and ex Judith, who is dying.

Things get interesting when associate Link Deal confides in him that he’s got big plans for investments in the “recreational pharmaceutical industry.” The setup is followed by sketchy courier assignments, run-ins with gangsters and an unwelcome investigation into Monk’s past.

In both atmosphere and tone, the Los Angeles depicted in Too Many Women, Too Little Time is a seamy one, filled with people who are wealthy, crazy and quirky all at once. In some ways, Monk is reminiscent of Bukowski’s Henry Chinaski. While Monk isn’t a raging alcoholic like Chinaski, both characters find themselves delivering packages for a living in LA, while juggling more women at middle age than ever before. In terms of criminal affairs, Monk is always one step ahead of those around him, and his punchy, whip-smart dialogue propels the story forward on page-after-page, delivering plenty of laughs.

While Pearce provides plenty of backstory, readers are highly advised to begin with the first book in the series.